AMES, Iowa -- "Hamilton's" Leslie Odom Jr. will discuss his career, answer questions and perform songs from the award-winning musical during a presentation at Iowa State University. 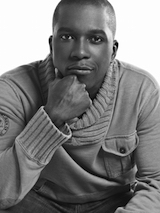 "Hamilton and the Road to Success: In Words and Music" will be at 7 p.m. Wednesday, March 29, in Stephens Auditorium. Doors open at 6 p.m. for Iowa State students, and at 6:30 p.m. for faculty, staff and the general public. No tickets are required. Although the public presentation is free, Iowa State students will be given priority for the limited seating.

Odom won a Tony Award playing Aaron Burr in the groundbreaking Broadway musical "Hamilton," the story of a Founding Father told through the language and rhythms of hip-hop and R&B. The production has become a cultural phenomenon, energizing the performing arts and engaging more people in a story of American history and politics than any civics lesson could.

Odom will discuss his life and career before taking questions from the audience and performing songs from the much-acclaimed musical. His story has a valuable message for students in any discipline, emphasizing the need for patience, determination and desire to achieve success, and the importance of taking charge of one's own future.

Students: Line up at the north, upper lobby entrances with a valid Iowa State ID. Seats will be available on a first-come, first-serve basis and cannot be saved. Students will have first-floor priority seating. Late arriving students will be able to enter at any door, if seats are available.

Iowa State faculty, staff and general public: Lines will form at the north, lower lobby entrances by the ticket office. Doors will open at 6:30 p.m. for general admission first-floor and balcony seating. Seats will be available on a first-come, first-serve basis and cannot be saved for others. Late arrivals will be able to enter at any door, if seats are available.

"Hamilton and the Road to Success: In Words and Music"

Doors open at 6 p.m. for ISU students; at 6:30 p.m. for all others. No tickets required. The public presentation is free; ISU students will be given priority for the limited seating. 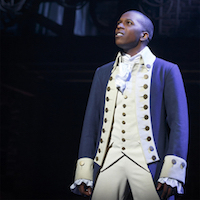