The discovery could pave the way for scientists to gain a better understanding of how these disorders develop and spread as well as how they may be treated.

Protein-misfolding diseases include a range of neurological disorders that affect both humans and animals. Alzheimer’s and Parkinson’s fall into this category, as do prion disease such as chronic wasting disease, which has been confirmed in deer in several states, including Iowa. These diseases arise when the folding process that gives proteins their normal function goes awry and and produces abnormal shapes. Misfolded prion proteins can spread throughout the brain, leading to long-term neurological problems. The disorders are always fatal.

Prion diseases have long incubation periods before symptoms develop over the course of months or years, making them particularly difficult to study, said Anumantha Kanthasamy, Distinguished Professor and chair of the ISU Department of Biomedical Sciences. To resolve these problems, Naveen Kondru, a graduate assistant in Kanthasamy’s lab, developed a highly sensitive method of screening for these diseases that involves intact, living brain tissue from model animals and maintaining them as live cultures.

The new process produces data much faster and at less cost than was previously possible through the study of live model animals, Kanthasamy said. The researchers have dubbed the process “OSCAR,” short for Organotypic Slice Cultures And RT-QuIC, and it has the potential to greatly accelerate the speed at which research can be conducted, he said.

OSCAR works by culturing living brain slices, which, when exposed to misfolded proteins, amplify them more rapidly than in live animals. Next, the slice cultures are tested for misfolded proteins by adding a fluorescent dye that binds to them. This allows the researchers to track the spread of the disease by monitoring increases of the fluorescence intensity in the samples.

Because of the long incubation periods associated with misfolding diseases, it can take months to get results in live models. But Kanthasamy said the new screening method can start showing the disease progression in as little as seven days. The new method also can be repeated with greater speed than using live models, meaning it will allow for the generation of higher throughput data.

Kanthasamy said the new screening method will fill a gap for scientists trying to gain a better understanding of protein misfolding in both human and animal neurodegenerative diseases.

“This has a lot of potential to help us understand the disease process,” Kanthasamy said. “We can test potential new therapies and study how they work. We expect this technique to catch on quickly among scientists looking at these diseases.”

This work was done in collaboration with scientists in the ISU Veterinary Diagnostic Laboratory and the National Animal Disease Center with support from the Presidential Wildlife Initiative and the National Institutes of Health. 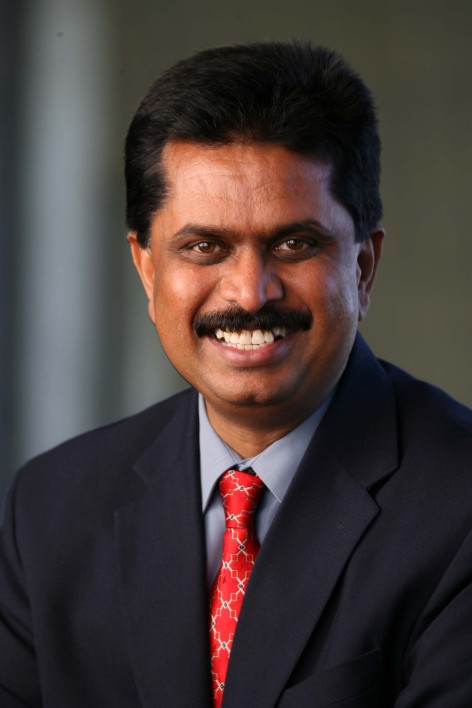 A new technique pioneered by Iowa State University biomedical researchers will allow scientists to produce data much faster and at less cost when studying protein misfolding diseases such as chronic wasting disease or Parkinson’s. The new screening method will fill a major gap for scientists studying the diseases.

“This has a lot of potential to help us understand the disease process. We can test potential new therapies and study how they work. We expect this technique to catch on quickly among scientists looking at these diseases.”

Anumantha Kanthasamy, Distinguished Professor and chair of the ISU Department of Biomedical Sciences