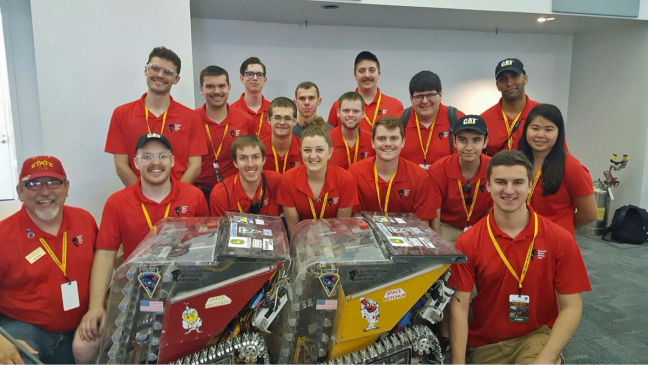 The twin robots of Cyclone Space Mining scooped a total of 201.1 kilograms of simulated Martian soil and subsurface ice at NASA’s annual Robotic Mining Competition. That’s more than any other Iowa State space mining team has ever collected. So that was very good news, said Jakob Hartl, the team’s president and a just-graduated aerospace engineering student from Oskaloosa. The team also earned second-place awards for its social media and outreach projects. And, the NASA machinists helping with the contest presented the team with a “NASA Spirit” award. “We really pride ourselves on the quality of our work,” Hartl said. There were, however, some disappointments. The student-engineers had focused on improving the reliability and durability of their remote-controlled mining machines. But there were breakdowns in the contest’s two mining runs. Even so, Hartl said, “We’re still very proud of the platform we created this year.”

AMES, Iowa – Jakob Hartl reached around the collection hopper of Cyclone Space Mining's "rough draft robot." Right back here, he said, pointing to the base of a vertical frame tube, the aluminum failed on both of last year's robots.

And that was it. When those tubes failed, there was no more mining of simulated Martian soil. No more challenging for a win at NASA's annual contest for student-designed and student-built space mining machines.

"In the past, there wasn't much thought of reliability in the design," said Hartl, the president of the team and a just-graduated aerospace engineering student from Oskaloosa. "Last year, both robots broke."

So this year, "We focused on solid foundations," he said.

That meant thicker – and slightly heavier – aluminum frame tubes. And it meant taking the time to build a prototype robot to test and troubleshoot.

"There wasn't a single problem during testing," Hartl said. "The frame is sturdy."

The student-engineers of Cyclone Space Mining have loaded up their reinforced and dual-threat mining operation – two smaller robots operating simultaneously instead of the typical, single, larger robot – and are ready to compete May 22-26 at the NASA Robotic Mining Competition at Kennedy Space Center in Florida.

Teams of students from across the country will work all week to impress NASA judges with their systems engineering, mechanical innovation and public outreach. They'll also have two, 10-minute sessions in a dusty, gritty, rocky arena of simulated Martian soil and subsurface ice. The challenge is to use their robots to mine, carry and dump as much of that simulated soil and ice as they can.

NASA engineers pay attention to the students and their designs. As a competition overview says, "NASA directly benefits from the competition by encouraging the development of innovative robotic excavation concepts from student teams which may result in clever ideas and solutions …"

The Cyclone space miners have a few more innovations ready for this year's competition. Kevin Oran – a junior from Elkhorn, Nebraska, who's majoring in computer engineering and mechanical engineering – was recently in the team's campus workshop, assembling and checking the robot control system.

The robots' various controls have been consolidated into one powerful electronics board, he said. The team has also added a power management system to help keep the robot's tracks and mining scoops spinning along.

Both electronics systems are neatly mounted in easily accessible cases designed to keep the crushed rock of the simulated Martian soil out of the electronics.

The technical changes – plus nearly a month of running their test robot – have team members feeling confident.

"We expect to be pretty competitive this year," Oran said.

"I'm definitely confident," said Hartl, the team's president. "The team and the robots we're bringing down will be tough to beat." 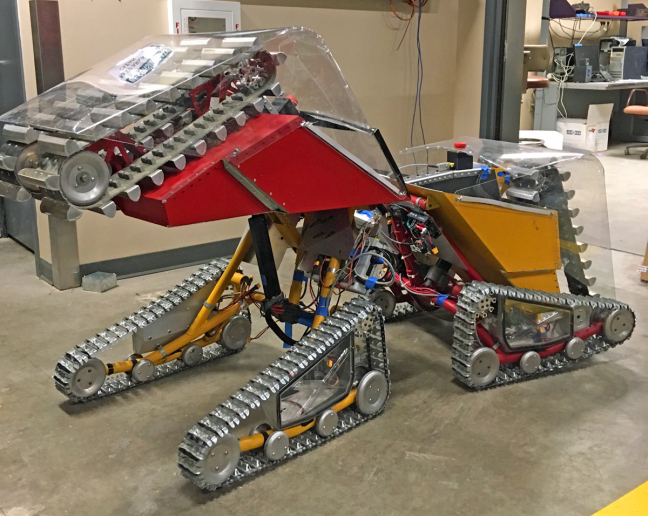 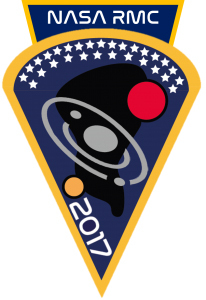 The student-engineers of Cyclone Space Mining think they've built tougher, more-reliable mining machines this year. The team's two robots will be tested May 22-26 as they attempt to mine simulated Martian soil at NASA's annual Robotic Mining Competition at the Kennedy Space Center in Florida.

"I'm definitely confident. The team and the robots we're bringing down will be tough to beat."