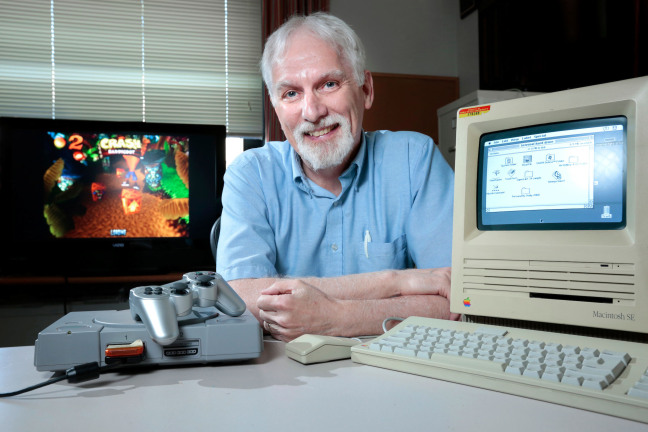 AMES, Iowa – Critics have called Craig Anderson many things, but a “gamer” is definitely not one. While he may not fit the modern definition – you might say he is more of a “classic” gamer – Anderson has earned his share of high scores.

“I’ve been a gamer longer than most of my critics have been alive,” said Anderson, a Distinguished Professor of psychology at Iowa State University who is known for his expertise on violent video games. “I was at the forefront of the technology.”

And that’s no joke. In the late 1970s, Anderson was a graduate student at Stanford University when he first played the Star Trek video game on a mainframe computer. As you might imagine, it was nothing like today’s video games with real-life graphics and sophisticated controllers or joysticks. The game consisted of a series of green dots on the screen and required players to type text commands to manipulate the direction of their spaceship or attack the enemy.

“If you wanted to shoot a Klingon, you had to type whether you wanted to use a phasor or proton torpedo, and you had to type the direction in which to fire,” Anderson explained. “Once you typed it all in, then you’d hit the go button. If you didn’t type fast enough the Klingon ship would move and get you.”

To see the smile on Anderson’s face as he talks about the game, or how he owned one of the first Nintendo gaming systems, it’s hard to envision him as the old, angry, anti-gamer as he’s characterized by his critics. But it’s an image Anderson says the video game industry likes to promote.

“The industry is just looking for a way to deflect criticism of its products,” he said. “It doesn’t matter if it’s factual or not.”

It would be an exaggeration to describe Anderson as a hard-core gamer. He says gamers of his era were more often called “computer geeks,” and video games were a hobby, not an all-consuming passion. Still, it is a side of Anderson few know about, or would expect from one of the most widely cited scholars on video game violence and aggression.

A pioneer in his field

Academics are often measured by the impact of their research. Anderson has received awards and honors too numerous to list. However, some of the more notable accomplishments – being named one of the top 200 “Eminent Psychologists in the Modern Era” and testifying before a U.S. Senate committee – reflect the significance of his work.

Anderson, director of Iowa State’s Center for the Study of Violence, never set out to be a pioneer and one of the most widely cited scholars on video game violence. Much of his early research focused on theories related to common social beliefs, attributions for good and bad events and decision biases. It provided the foundation, combined with his work on media effects, for Anderson to develop what psychologists know today as the general aggression model. 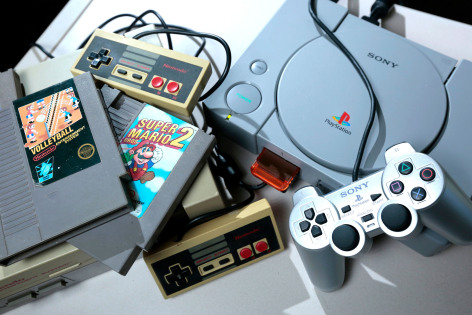 Some of the gaming hardware Anderson has collected includes an old Macintosh SE, and the original Sony Playstation and Nintendo Entertainment systems. (Larger image)

Even though Anderson enjoyed playing video games, they were not on his radar as a research theme when he started studying aggression. A six-year stint in the Army Reserve partially influenced his interest in aggression, and his initial studies examined the relationship between aggressive behavior and temperature. He credits the decision to expand the scope of his work to a graduate student seeking guidance on her dissertation. Anderson suggested video games.

“By that time (early 1990s) video games were much more violent. It wasn’t games like Centipede or Frogger, which were once considered violent because your frog was squished by a car,” he said. “I was playing Street Fighter and Wolfenstein 3D, both of which had nonstop violent action, but very little gore. Wolfenstein 3D was one of the first games to show red blood when you killed an enemy.”

Recognizing this shift in violence led Anderson and his then-graduate student, Karen Dill, to develop a pair of studies for her dissertation, which showed that brief exposure to violent video games increased aggressive behavior, and that repeated exposure was associated with physical aggression and violence. It was a significant finding, but Dill’s new academic job responsibilities made publishing a paper difficult. Several years later, Anderson and Dill revisited the data, conducted a more powerful data analysis and submitted the paper.

“It’s now the most highly-cited video game paper out there,” he said. “The industry people and their supporters hate it and attack it.”

Still attacked as a moral crusader

Decades of research demonstrating the link between violent video games and aggression has not stopped the threats Anderson has received and the attempts to discredit his work. One of his most recent papers – a first-of-its-kind, cross-cultural study – provides compelling evidence that media violence affects aggressive behavior. Still, Anderson remains a target.

“The personal attacks and threats were and still are distressing, although less so these days,” Anderson said. “Critics have accused me of being a ‘moral crusader,’ but I’ve never focused on the morality of video games. The data are the data.”

It’s more than nasty emails or malicious online blogs. While testifying as an expert witness, Anderson says he received a stack of reports that the video game industry had to disclose as part of the court case. That’s how he learned of the industry’s efforts to attack his work – even going as far as to hire a Ph.D. to try and poke holes in Anderson’s studies.

Sticking to the science

Experience has taught Anderson that the video game industry will do anything to sell its products. He cannot help but express his disgust at the fact that although the Supreme Court has defended laws protecting children from seeing naked bodies (which he notes, “isn’t inherently harmful, unless paired with violence or inappropriate behaviors, beliefs, or attitudes”), it does not apply the same standards to video games displaying extreme violence.

“Indeed, the majority decision essentially said that regardless of age, children’s First Amendment rights include the right to view, purchase, or play any violent entertainment media, as long as it didn’t include explicit images of genitalia,” Anderson said.

It would certainly be understandable if Anderson had considered throwing in the towel at some point during his career and taking his research in a different direction. But Anderson says the attacks have likely made him more committed to his work on video game violence. And he has science on his side, along with many child advocacy and parenting groups, and scientific organizations such as the American Academy of Pediatrics, the American Psychological Association and the International Society for Research on Aggression.

“If you know the literature on media effects, you can’t come to any other conclusion than there are harmful effects from playing violent video games,” Anderson said. “If you deny this conclusion, you’re either intentionally misconstruing the research or you don’t understand it.”

Craig Anderson is known for his expertise on violent video games and aggression. What many people don’t know (and may be surprised to learn) is that the Distinguished Professor of psychology has played video games since he was a graduate student at Stanford.

Anderson and colleague, Brad Bushman, a former ISU professor, received the 2017 Kurt Lewin Award for their work on aggression and media violence. The award, presented by The Society for the Psychological Study of Social Issues, is named for the late Kurt Lewin, a pioneer in the science of group dynamics. Anderson and Bushman were recognized at the society’s conference in June. The award honors outstanding contributions to the development and integration of psychological research and social action.

There’s no one video game that Anderson considers his favorite, but he has plenty of stories about playing the games that stand out. For example, while on sabbatical in 1986, he was working on a major review article related to temperature and aggression. To stay motivated and awake, Anderson would spend 45 minutes reading volumes of research material and then play a football video game for 10 minutes on a stand-alone Vectrex gaming system.