AMES, Iowa – Gradual changes to when grassland plants turn green in the spring and fade in the fall, widely attributed to climate change, may arise due to different factors than previously thought, according to new research from an Iowa State University scientist.

Grassland phenology, or the study of cyclic and seasonal changes in plants and other organisms in U.S. grasslands, has shifted over time as plants have turned green and flowered earlier in the spring and senesce, or deteriorate, later in the fall. Climate change seemed a likely culprit driving the change, and Brian Wilsey, a professor of ecology, evolution and organismal biology, said warming temperatures can claim some responsibility.

But Wilsey – along with former ISU graduate student Leanne Martin and Andrew Kaul, a graduate assistant in ecology, evolution and organismal biology – authored a study published Wednesday, showing that the introduction of exotic, nonnative plant species to U.S. grasslands has played a larger part in changing the phenology of those regions. The group’s research was published in the peer-reviewed Journal of Applied Ecology.

“We might falsely attribute these changes to climate change, but they’re really due to plant composition,” Wilsey said. “We need to be able to tease them apart to make sure we’re making the best policies.”

Much of the landscape in the central United States featured prairie. For instance, around 85 percent of Iowa’s landscape once consisted of prairie, Wilsey said. Those ecosystems included plants like big bluestem, switchgrass, wildflowers and prairie clover. As the modern landscape changed, the composition of U.S. grassland now includes old-world bluestems, Johnson grass, brome grass and Bermuda grass. Those exotic species feature differing phenology than native plants, leading to the changes noted in the study.

The study focused on 42 grassland sites stretching from Minnesota to Texas. Half of the sites featured only native plant species, while the other half featured only nonnative and exotic plants. The five-year study found the locations with exotic species greened up an average of 11 days earlier and senesced 37 days later than the native sites, though the nonnative sites often displayed a temporary midseason decline in greening.

Wilsey said the phenology changes have implications for a range of organisms, especially for migratory and pollinating animals that look to plant phenology for cues that tell them when it’s time to move on.

Humans introduced the nonnative species in large part over the last century, he said. Many of the species likely were selected because of their longer growing season, making them well suited for grazing.

“Grazing animals might be better off with green-up earlier in the spring, but migrating animals might be affected in different ways,” he said. “There are management tradeoffs, and we’re hoping this research helps sort out some of those considerations.” 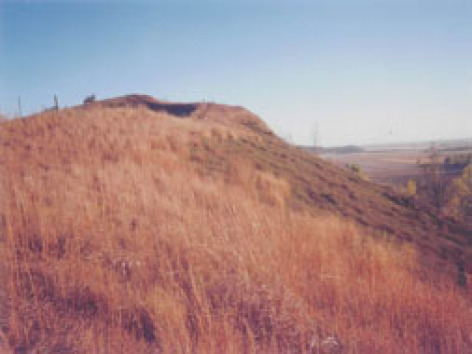 The introduction of exotic, nonnative plant species to U.S. grasslands has led to changes in prairie phenology, or the timing of season changes. A new study from an ISU scientist details the magnitude of those changes.

“We might falsely attribute these changes to climate change, but they’re really due to plant composition. We need to be able to tease them apart to make sure we’re making the best policies.”