AMES, Iowa – Iowa State University agricultural experts are available to comment on a range of issues and trends that will shape the 2017 harvest.

“The ag economy has been down the last few years, and that record continues,” he said. “We haven’t yet turned the corner in terms of recovery in the agricultural economy.”

Hart said massive crops the last several years have overwhelmed demand, leading to depressed prices. And federal safety-net programs won’t kick in for farmers who suffered drought conditions until next year, he said.

“We’re still feeling the effects of last year’s big crop, and it’s setting the stage for this year’s market,” he said.

Hurburgh, who manages the Iowa State Extension Grain Quality Initiative, said earlier fears that crops may develop mold problems while still in the fields didn’t pan out due to the warm temperatures and dry conditions of the last several weeks. Hurburgh said he doesn’t expect any widespread problems with grain quality in Iowa, but grain storage might pose challenges because so much of last year’s crop remains.

“Storage shortages could show up around the end of October or the first week of November when farm bins are full and it’s a land rush to country elevators,” he said.

He estimated as much as a billion bushels of grain could spend time in temporary outdoor storage across the state, but much of that grain will find permanent storage as older grain is consumed. Hurburgh urged farmers not to store last year’s grain with this year’s to prevent the possible spread of mold from old crops into new crops.

“If there’s any chance to rotate out old crop and replace it with new crop, that’ll be a good thing,” he said. “We really shouldn’t try to push much further with 2016 grain.”

Hurburgh also stressed the importance of cooling and drying grain as soon as possible after harvest. Failure to do so opens the door for mold to set in. He recommended to be sure cooling fans on stored grain are running on days when dew points consistently drop into the 40s and below.

Licht said harvest activity will ramp up quickly for soybeans, with the corn harvest hitting its stride around the first week of October. He said this year’s crop matured a little later than usual due to mild temperatures in mid-August across much of the state. He said corn is reaching maturity between five and 10 days later than usual with slightly less delay for soybeans.

That won’t ruin the crop by any means, he said, but it may force some farmers to choose between waiting later than they’d like to get into their fields or harvesting a crop with higher moisture content, which makes drying the grain even more important.

“Mostly I’m looking at where the crop is as far as maturity and grain moisture,” he said. “We’ve been running a little bit behind normal, and, in the coming two or three weeks, I’m going to be concerned about grain moisture.”

Licht said the USDA yield forecast released last week appears in line with what he’s seen of the Iowa crop, and he estimated corn yields to hover around 150 bushels per acre on the low end and 210 bushels on the high end, with plenty of variability across the state.

Taylor studies how weather and climate affect agriculture. He said Iowa’s farmers will run into higher variability than usual this harvest, with some fields falling short of last year’s yields and others faring better. Taylor said a wet spring in some parts of the state during planting kept the crops from establishing well, making them particularly susceptible to dry conditions that settled over much of Iowa during the summer.

“There will definitely be pockets of adverse conditions resulting in below-standard yields, and there are also pockets of very good yields,” Taylor said. “Conditions can change from county to county and even from one field to the next in some cases. Variability is going to be higher than usual this year.”

Taylor said he’s also keeping an eye on cooling ocean temperatures along the equator that could spark a La Nina event this winter. A strong La Nina in the winter usually coincides with below-trend yields the following growing season in the Midwest. The weather pattern also could disrupt the harvest in South America, he said. 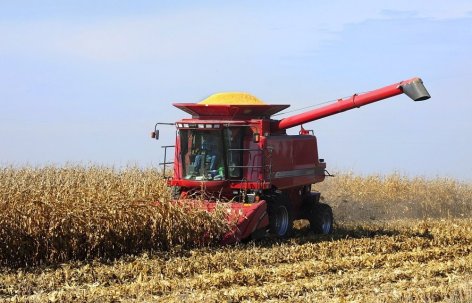 ISU agricultural experts explain the grain markets, agronomic conditions and weather trends that will shape this year’s harvest. All four experts are available to news media for interviews.