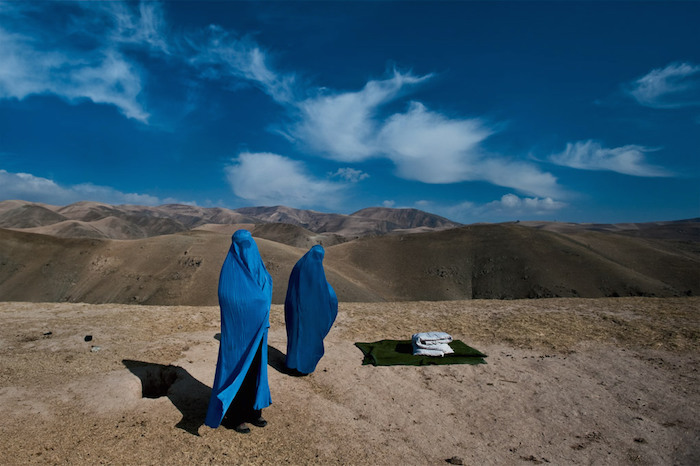 AMES, Iowa -- A Pulitzer-Prize winning photojournalist who has covered every major conflict and humanitarian crisis of the past 15 years will speak at Iowa State University.

Lynsey Addario will present "It's What I Do" at 8 p.m. Thursday, Oct. 12, in the Memorial Union Great Hall. Her public talk is free and part of the university's World Affairs series.

Addario works regularly for The New York Times, National Geographic and Time Magazine. She has covered wars and refugees in Iraq, Syria, Darfur, South Sudan, Somalia and Libya, where she was one of four journalists held captive by the Libyan Army. In 2015, American Photo Magazine named Addario one of the five most influential photographers of the past 25 years, writing that she "changed the way we saw the world's conflicts."

The Washington Post calls Addario's bestselling book, "It's What I Do," "an unflinching memoir." It chronicles her personal and professional life as a photojournalist coming of age in the post-9/11 world. The book is being made into a major motion picture starring Jennifer Lawrence and directed by Steven Spielberg.

Addario has received many international awards, including a prestigious MacArthur Fellowship in 2009. She was part of The New York Times team to win the 2009 Pulitzer Prize for international reporting for her photographs in "Talibanistan."

Her recent bodies of work include “Finding Home,” a yearlong documentary following three Syrian refugee families and their stateless newborns over the course of one year as they await asylum in Europe for Time Magazine; “The Changing Face of Saudi Women” for National Geographic; and “The Displaced” for the New York Times Magazine, a reportage documenting the lives of three children displaced by war in Syria, Ukraine, and South Sudan.

Addario's presentation is co-sponsored by the College of Agriculture and Life Sciences, Greenlee School of Journalism and Communication, global resource systems program, International Student Council, international studies program, University Library, and World Affairs and the Committee on Lectures, which are funded by Student Government.

"It's What I Do"
Lynsey Addario 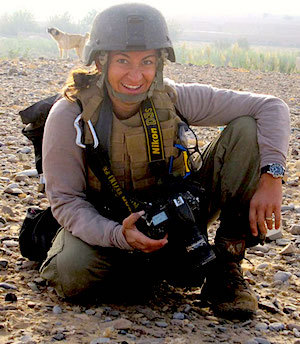