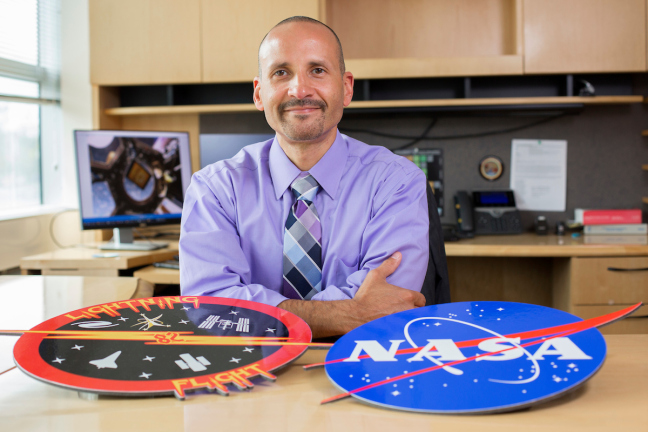 Tomas Gonzalez-Torres is teaching students some of the lessons he learned during a long career at NASA's Johnson Space Center. Larger image. Photo by Christopher Gannon.

AMES, Iowa – Tomas Gonzalez-Torres pointed across his Howe Hall office and described, left to right, each of the NASA plaques hanging high on the wall.

And then Gonzalez-Torres, an Iowa State University lecturer in aerospace engineering, picked up a plaque from the top of his desk. It was his own NASA patch, representing his four years as a flight director at the Johnson Space Center in Houston and his flight director team name. 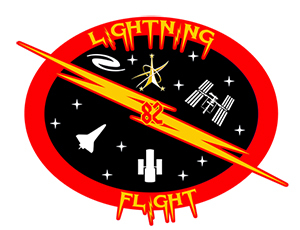 The patch features a cardinal oval with a gold lightning bolt slashing diagonally through it – and, yes, the colors represent Iowa State. In the middle of the bolt is an 82 – Gonzalez-Torres was NASA’s 82nd flight director. There are 11 stars sprinkled around the patch’s black background – he was a member of the flight director class of 2011. There are representations of the space shuttle, the Hubble Space Telescope and the International Space Station – signifying his primary missions. There’s a symbol of a galaxy – representing his family. And there’s the insignia representing all flight directors.

“Watching footage from space of a lightning storm below on Earth has always been an amazing view to me – watching as the lightning bounces around from cloud to cloud so gently, but is yet so powerful and potentially dangerous,” he said.

And, besides, he wanted the patch to include his family, and his oldest son, T.J., who’s now 8, was a big fan of the original Cars movie and its star racer, Lightning McQueen.

Gonzalez-Torres was born in Puerto Rico, was 3 when his father started a doctorate in psychology at the University of Arizona and moved the family to Tucson, and was 8 when the family moved to Knoxville in south-central Iowa.

Throughout his childhood, he loved learning about flight.

Gonzalez-Torres graduated from Knoxville High in 1992 and headed to Iowa State. (He considered schools such as Notre Dame and Georgia Tech, “but what got me hooked was the campus visit. During the tour of the aerospace engineering department, they mentioned that students could do co-ops with NASA.”)

He was an aerospace engineering major from his first day on campus. But he did find time for a study break. Sophomore year, he played trombone for the ISU Cyclone Football “Varsity” Marching Band and for the basketball pep band.

Heading into his junior year, he was accepted to the first of his six NASA co-ops at the Johnson Space Center. That first one involved safety and reliability work. Next was crew training for shuttle controls and propulsion. The next four were with the spacewalk team (or, in NASA-speak, the EVA team working on “extravehicular activity”).

“That’s where I wanted to be from day one,” he said. “I was so focused, I didn’t want anything else. Spacewalks are just amazing things to think about. Every spacewalk is different. The only thing common between spacewalks is the spacesuit. You have to develop new procedures every single time.”

After earning his Iowa State bachelor’s of science degree in 1998, Gonzalez-Torres went right back to NASA and the spacewalk group. 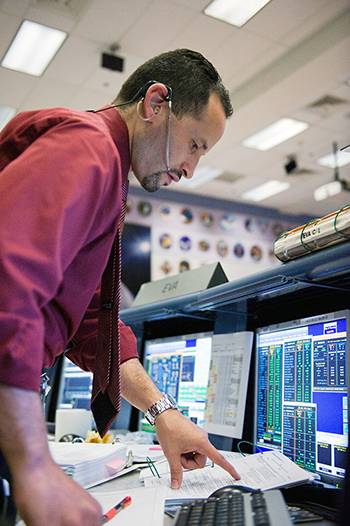 He started with teaching and training for spacewalks, eventually working 17 space shuttle flights. All the while, he worked his way up the ranks of the EVA group, becoming an officer, lead spacewalk officer, spacewalk flight controller, a group leader and an acting branch chief.

It was all “an amazing experience,” he said, noting one of the group’s tasks after the 2003 Columbia accident was figuring out how astronauts could do a spacewalk to repair a shuttle if its heat shield was damaged during liftoff.

Then, in 2011, looking for challenges and a better combination of team leadership and technical expertise, he accepted a promotion to flight director.

“In the world of NASA mission and flight operations, flight directors are the leaders of a team defined by two words, tough and competent,” Anderson said. “Tomas Gonzalez-Torres – having served as both a flight controller and flight director – epitomizes those traits.”

Gonzalez-Torres loved the work as a flight director – “an incredible job, incredible opportunities and incredible people” – but family ties pulled him back to Iowa.

He went to work as an engineer for the Vermeer Corp. in Pella. Then, in the summer of 2016, Anderson called him to Iowa State to address the annual Spaceflight Operations Workshop.

“I loved it,” Gonzalez-Torres said. “I was back to talking about operations and NASA and space.”

That appearance led to his return to campus last spring.

A graduate degree in NASA

Gonzalez-Torres isn’t the typical academic hire – no graduate degree, no research program, no experience teaching college students (but he has taught astronauts for more than a decade).

Richard Wlezien, the former chair of aerospace engineering and current vice provost and dean of the College of Engineering and Computing at Missouri University of Science and Technology in Rolla, said the hire made a lot of sense for the department.

“Through his intelligence, coolness under fire, and a whole range of other admirable personal qualities, he rose to be the ‘best of the best’ among his colleagues at NASA,” Wlezien said. “Who could possibly have a better impact on our students?”

After all, students need more than textbooks to become engineers.

“We have always been interested in helping train the ‘modern engineer,’” Wlezien said. “That is someone who is not only book smart, but who has mastered a wide array of interpersonal skills required throughout a career. That is precisely why we hired Tomas – to help our students become better overall engineers.”

Anderson likes the hire, too.

“What he brings to the table is far more than technical knowledge,” he said. “It is a rare combination of skills specific to a mantra that understands professional excellence is defined by the qualities of discipline, competence, confidence, responsibility, toughness, teamwork and vigilance.”

Gonzalez-Torres is sharing his NASA skills and stories this fall by teaching the department’s senior design course related to space. He’s also helping teach a freshman course in lab techniques and observing a freshman course in computer applications that he’ll teach in the spring.

Lightning Flight, in other words, is ready to make an impact on aerospace engineering at Iowa State.

Tomas Gonzalez-Torres, a 1998 Iowa State graduate, is back on campus after working as a NASA flight director. He's passing on some of the lessons he learned at NASA while helping students with senior design projects related to space and courses in lab techniques and computer applications.

“That’s where I wanted to be from day one. I was so focused, I didn’t want anything else. Spacewalks are just amazing things to think about. Every spacewalk is different. The only thing common between spacewalks is the spacesuit. You have to develop new procedures every single time.”