AMES, Iowa – An Iowa State University center has received a $1 million federal cooperative agreement to enhance preparedness for future outbreaks of highly pathogenic avian influenza, such as the 2015 crisis that forced U.S. egg and poultry producers to eliminate millions of birds.

The cooperative agreement between the U.S. Department of Agriculture’s Animal and Plant Health Inspection Service and the Center for Food Security and Public Health at the ISU College of Veterinary Medicine will allow researchers to analyze the 2015 outbreak and formulate new policies based on lessons learned, said James Roth, Clarence Hartley Covault Distinguished Professor of Veterinary Microbiology and Preventive Medicine.

Roth, director of the Center for Food Security and Public Health, said the center will revise training materials for egg and poultry producers regarding how to take samples and monitor potential outbreaks among their flocks. The center also will update and maintain USDA’s disease response plan documents, including procedural and reference guides, in consultation with USDA, state and industry officials.

“An effective response to highly pathogenic avian influenza is essential to Iowa agriculture and the Iowa economy in general,” Roth said. “It’s imperative that plans and procedures, based on what we learned from the 2015 outbreak, are in place prior to the next outbreak.”

Iowa is the No. 1 producer of eggs in the United States and also produces a significant number of turkeys. The 2015 avian influenza outbreak sent shockwaves through the egg and poultry industries, particularly in Iowa and Minnesota. A total of 77 sites in Iowa, most of which were commercial turkey and egg production flocks, tested positive for the virus between April and June of 2015, according to the Iowa Department of Agriculture and Land Stewardship. Approximately 31.5 million birds were affected in Iowa, while the national number of birds affected reached 48 million.

Roth said the biosecurity procedures in place at the time fell short of what was necessary to contain the spread of the virus. He said the new materials under development by the Center for Food Security and Public Health will emphasize biosecurity. He also said the new guidelines will account for the potential for avian influenza strains to be zoonotic, or transferable from animals to humans. The 2015 strain was not zoonotic, but Roth said there’s no guarantee future outbreaks will follow suit.

The Center for Food Security and Public Health has worked on highly pathogenic animal disease preparedness since 2008, Roth said. The center is formulating response plans for potential outbreaks of foot-and-mouth disease, a highly contagious viral disease affecting swine and cattle that hasn’t appeared in the United States since 1929.

“The economic impact in Iowa alone would be huge if an outbreak occurred,” Roth said. “Iowa has more at risk from foreign animal disease than any other state.”

A $1 million cooperate agreement with the U.S. Department of Agriculture will help the ISU-based Center for Food Security and Public Health prepare for future outbreaks of avian influenza, such as the one that sparked a crisis in 2015 among egg and poultry producers. 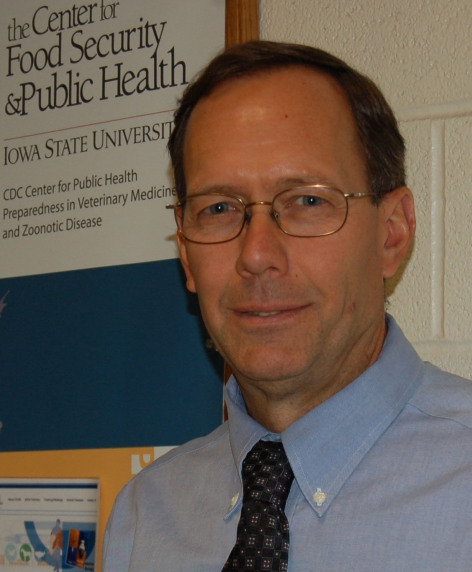 “The economic impact in Iowa alone would be huge if an outbreak occurred. Iowa has more at risk from foreign animal disease than any other state.”