AMES, Iowa – The American Association for the Advancement of Science (AAAS) is honoring an Iowa State researcher who studies the molecular mechanisms of plant viruses and another who develops software that unlocks the power of supercomputers.

The AAAS announced today that W. Allen Miller, a professor of plant pathology and microbiology, and Theresa Windus, a professor of chemistry, have been named to the 2017 class of association fellows for “their scientifically or socially distinguished efforts to advance science or its applications.” 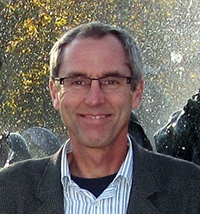 Miller is being recognized for “distinguished contributions to the field of plant virology, particularly in the areas of genome organizations, RNA translation, replication and movement mechanisms, and vector interactions.”

Miller has studied mechanisms of common RNA viruses, including how they hijack their hosts’ protein synthesis machinery and he has discovered new plant and insect viruses, viral genes and gene expression strategies.

The goals of Miller’s research are to develop genetic resistance against viruses, engineer viruses for “plant gene therapy” and use plant viruses as models for understanding human pathogens and basic cell mechanisms. 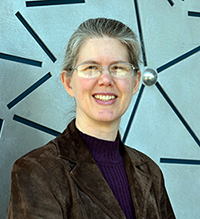 Windus is being recognized for “leadership in the development of advanced high-performance computing algorithms, and for development of a broad understanding of the chemistry of heavy elements.”

Windus’ work in computational science has helped researchers in chemistry, biochemistry, materials and engineering use high-performance computers to advance their work.

She is internationally recognized for developing software that allows scientists to effectively use the world’s largest supercomputers.

This year’s class of AAAS Fellows includes 396 members who are being recognized by their scientific peers. They will be formally announced this week in the journal Science and recognized in February at the AAAS annual meeting in Austin, Texas.

The tradition of AAAS Fellows goes back to 1874.

Two Iowa State scientists are being honored by the American Association for the Advancement of Science for “their scientifically or socially distinguished efforts to advance science or its applications.”