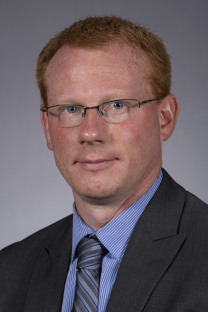 Millennials already outnumber boomers, but because the younger generation is less likely to vote, it won’t top boomers at the polls until the 2020 election, said Andersen, an assistant professor of political science at Iowa State University. Baby boomers have dominated political issues for the past 40 years and fundamentally are a different generation in many ways, Andersen said.

While baby boomers tend to be more conservative and reliably vote for Republicans, millennials are the exact opposite. Andersen, who studies voter behavior and sentiment, says party demographics reinforce this split between generations, and he sees little political interest from boomers in millennials and their issues. The decision to repeal net neutrality – an issue that Andersen says means very little to the Republican base, but is the equivalent of killing clean water for millennials – is one example.

“Young people don’t pay as much attention to politics, but net neutrality is the kind of issue that gets people’s attention,” Andersen said. “This is a little thing that could take a group, largely considered to be liberal and more likely to be Democratic, but not politically connected, and push it firmly into the Democratic camp.”

However, certain entitlement programs may be an exception. Andersen says it is possible millennials will align with Republicans to overhaul Social Security and Medicare – programs Republicans have indicated they will tackle in early 2018, following the passage of the GOP tax plan. Millennials have been told not to expect Social Security and Medicare to be solvent when they retire, which is why they may support a repeal, he said.

That support would likely hinge upon plans for some form of replacement program. Millennials are the first generation in American history expected to have a lower quality of life than their parents, Andersen said. Because of high college debt and stagnant wages, millennials are delaying marriage, putting off buying homes and not saving for retirement.

“Not many millennials expect to retire. They do not have savings accounts, retirement plans or jobs that give them a pension. If society doesn’t provide some kind of entitlement, millennials feel that they may never retire,” Andersen said. “So they may work with Republicans to repeal Social Security, but work with Democrats to replace it with something they can depend on.”

Dave Andersen sees a significant political shift on the horizon as millennials surpass baby boomers as the largest voting generation. Baby boomers have dominated political issues for the past 40 years and fundamentally are a different generation in many ways, said Andersen, an assistant professor of political science.