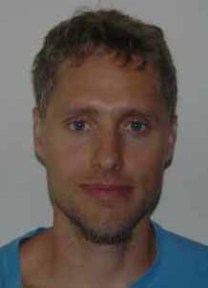 AMES, Iowa – Stephen Biggs noticed something missing from the conversations on campus about race and the Black Lives Matter movement. No one was talking about the influence of implicit bias, so the Iowa State University associate professor of philosophy decided to speak up.

That was in 2016. Biggs gave a presentation, “Understanding and Reducing Implicit Bias,” at the Iowa State Conference on Race and Ethnicity, also known as ISCORE. He clearly struck a chord. The ISU Police Department and campus search committees have since asked him to lead workshops on implicit bias and he has given public lectures on the topic.

Implicit bias is not Biggs’ primary area of expertise, but his research on cognitive science and perception provides a framework to help people understand the issue. First, Biggs says it is necessary to explain the two systems our brain uses to process information. System one, or implicit processing, is automatic and impacts decision-making, he said, while system two, or explicit processing, is more deliberate.

Biggs demonstrates this point in his presentations with a simple task that requires the group to identify a series of images as “fish” or “not fish.” When he puts an image of a manatee on the screen, it is common for several people, if not the entire group, to call out “fish,” then almost immediately switch to “not fish.” System one leads people to say fish, while system two leads people to correct their response.

Because learning influences how system one operates, it is subject to bias, Biggs said. Personal interactions, news media, images from TV shows and movies all play a role.

“In terms of race, if your experience largely comes from shows and movies, in which black men are cast as criminals, that association becomes part of your implicit bias,” Biggs said. “Although we do not know how to eliminate implicit bias, we have some understanding of how it works, and some sense of how to mitigate its impact.”

Sprinkled throughout Biggs’ presentations and lectures are tasks and experiments that demonstrate how implicit bias affects our decisions and judgment. A common one for law enforcement is weapons or shooter bias. In experiments for weapons bias, people are more likely to associate a black person with a gun, Biggs said.

Perception is not always pretty

Another example that Biggs likes to share when discussing implicit bias illustrates how we perceive size and strength. If you show people pictures of two individuals of equal height, weight and strength – the only difference is one person is black, the other is white – black people are rated 5 percent stronger, one inch taller and 5 pounds heavier, even though all measurements are equal, he said.

In the case of Dontre Hamilton – a Milwaukee man shot and killed by a police officer in 2014 – Biggs says the officer described Hamilton as a large man. Many people were critical of the description, considering Hamilton was 5 feet, 7 inches tall and 169 pounds. Biggs says the officer’s implicit bias may have made Hamilton look bigger and stronger. That does not excuse the officer’s actions, but Biggs says it is one possible explanation to help us recognize the influence of implicit bias in these situations.

“People are often uncomfortable with how their perceptions mislead them. We are doing as well as we can with these competing systems to process information,” Biggs said. “Perception is your brain trying to predict what’s out there. You want to think you’re not racist and you can’t have these biases, but you can’t blame yourself for having biases in a racist world. You become blameworthy when you learn about these biases and you don’t take steps to compensate.”

What can you do?

It is only natural for people to ask what they should do differently after Biggs presents them with this information. Unfortunately, there is no simple answer. Biggs discourages people from taking implicit association tests, which he describes as problematic and misleading, to erase or limit bias.

Effecting real change is larger than any one person can accomplish, Biggs said, but awareness can make a difference. For example, knowing that we may be inclined to see black people as bigger and stronger, we need to consider how that influences our reaction to news of police brutality involving a black man, he said.

Implicit bias is not just an issue for law enforcement. Biggs says it affects all aspects of our lives from our interactions with colleagues or strangers to how hiring committees review job applicants.

Stephen Biggs noticed something missing from the conversations on campus about race and the Black Lives Matter movement. No one was talking about the influence of implicit bias, so the Iowa State University associate professor of philosophy decided to speak up.

"You want to think you’re not racist and you can’t have these biases, but you can’t blame yourself for having biases in a racist world. You become blameworthy when you learn about these biases and you don’t take steps to compensate."