AMES, Iowa – An international committee of experts on aggression and youth violence issued a report urging policymakers to consider the research before arming schoolteachers or implementing other measures in response to the latest school shootings.

Iowa State University’s Craig Anderson and Douglas Gentile, both part of the International Society for Research on Aggression's Youth Violence Commission, have a combined 52 years of research on media violence. The two are routinely asked about its influence following a mass shooting. Gentile, a professor of psychology, says that we usually start with the wrong question. 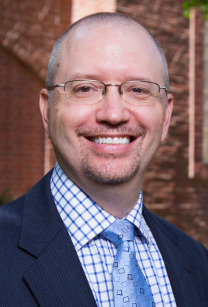 “After a tragedy like a school shooting, we typically ask, ‘What was the cause of this?’ This is the wrong question because it makes the assumption that there could be a single cause, which is almost never correct,” Gentile said. “Humans are more complicated than that, and aggression is multi-causal.”

Gentile and Anderson stress that multiple risk factors, acting in combination, contribute to violent acts, but too often policymakers, media and the public focus on a single cause. The ISRA committee’s report provides an overview of the research detailing differences between mass and street shootings as well as the known risk factors – individual and environmental – of all forms of youth violence. According to the report, although mass shootings have become more common in America, they are still a rare occurrence.

Mass shootings tend to differ from other gun homicides in many ways. For example, mass shootings typically occur in rural or suburban middle class communities, the shooters usually do not have a history of criminal violence, and they often use multiple guns including legally purchased semi-automatic rifles with high-capacity magazines.

Anderson, a Distinguished Professor of psychology who has studied aggression and violence for almost 40 years, says it is wrong to assume that any one risk factor is “the single cause” of criminal violence. “It is the accumulation of multiple risk factors that increase the likelihood of violence. The more risk factors that are present the greater likelihood that a violent act will occur,” he said.

In fact, there are many misperceptions about youth violence. For example, research shows that neither mental illness nor low self-esteem are major risk factors for violence. Instead, aggressive people tend to have unrealistically inflated or narcissistic self-views. 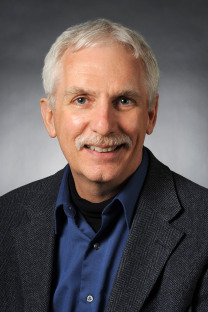 “Understanding these risk factors can lead to better policy, treatment and intervention. It is impossible to alter some factors, such as prior abuse or exposure to domestic violence, but it is possible to help at-risk youth manage their anger, reduce use of violent media and limit access to guns,” Anderson said.

In its report, the committee also asks journalists to consider their role in reducing gun violence. Prolonged media attention gives the perpetrators in mass shootings publicity they may be seeking. The researchers recommend that reporters do not mention the shooter’s name to deter future shooters who use fame as a motive for violence.

An international committee of experts on aggression and youth violence issued a report urging policymakers to consider the research before arming schoolteachers or implementing other measures in response to the latest school shootings. Two Iowa State researchers stress that multiple risk factors contribute to violent acts, but too often policymakers, media and the public focus on a single cause.

International Society for Research on Aggression

The International Society for Research on Aggression is a professional society of scholars and researchers engaged in the scientific study of aggression and violence. ISRA is the only interdisciplinary and international organization dedicated to the dissemination of information regarding the causes and consequences of, and solution to, aggressive behavior, in all of its forms and contexts.