AMES, Iowa – Iowa State University will host a national center of excellence devoted to understanding the genomic, or molecular, mechanisms that govern important genetic traits in swine such as growth and disease resistance.

The U.S. Department of Agriculture’s National Institutes of Food and Agriculture recently announced its decision to fund the center of excellence with a $2.5 million grant over four years as part of a larger effort that also will include similar genomics work with cattle and chickens at other universities. The swine genomics center will include personnel at Iowa State, Michigan State, The University of California at Davis, and the USDA Agriculture Research Service. The research effort aims to allow pork producers to use genetics more efficiently to predict the traits their herds possess.

Christopher Tuggle, a professor of animal science and USDA national swine genome co-coordinator who will lead the center, said the effort will focus on functional genomics of pigs, or building a better understanding of how the genome functions to influence performance in pigs.

“We’ve sequenced the pig’s genome, but we don’t necessarily have all the information we need to make the best use of that data,” Tuggle said. “We’re going to find out exactly what many of those genes are doing and what controls them.”

The researchers will test a range of tissues from pigs at various stages of development with a major focus on chromatin, or the complex in cells where DNA is packaged. The scientists will analyze the functions of various genetic structures and mechanisms, Tuggle said. The group will focus on exploring the genetics of disease immunity, he said.

The project also will share the data it produces with the public and other scientists. Tuggle said the project’s findings likely will have implications for a wide range of swine management practices, from how producers handle herd nutrition to treating disease.

Much of the data storage and analysis will occur at Iowa State as well. James Koltes, an assistant professor of animal science, and Jim Reecy, associate vice president for research, will lead the computational aspects of the project.

“The data generated in this project will provide unprecedented opportunities to learn how genes are regulated and controlled over different growth phases and during disease in the pig,” Koltes said. “The ability to combine different types of genetic data will allow us to predict genetic regulation in ways that have not been performed previously.”

“This will create a more precise way of predicting traits. If we gather enough information, we can predict in the future what a genotype will mean for a particular phenotype or trait,” Tuggle said. “This could allow pork producers to breed for better disease resistance, for example, or for better muscle growth or a range of other desirable traits.” 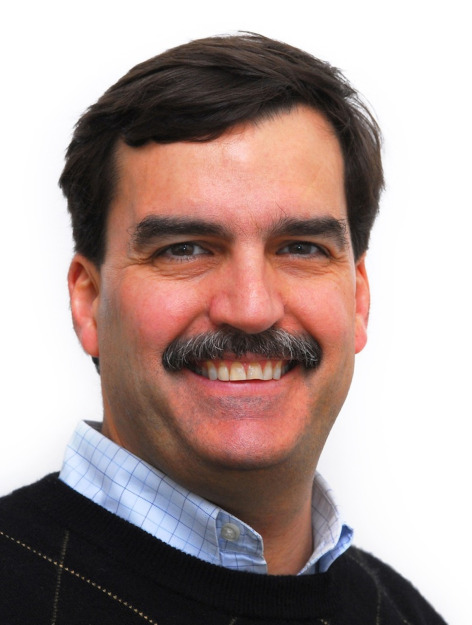 A new federally funded center of excellence led by Iowa State University scientists will analyze various structures and mechanisms in the swine genome with the goal of allowing pork producers to predict with greater accuracy the traits in their herds. The institute will include personnel at Iowa State, Michigan State, the University of California at Davis, and the USDA Agriculture Research Service.

“We’ve sequenced the pig’s genome, but we don’t necessarily have all the information we need to make the best use of that data. We’re going to find out exactly what many of those genes are doing and what controls them.”