AMES, Iowa – Links between exposure to the metal manganese and neurological symptoms similar to Parkinson’s disease emerged decades ago, but an Iowa State University biomedical scientist is examining how exposure to other metals may amplify the likelihood of those symptoms.

The research has implications for a wide range of occupations that require regular exposure to metals, such as mining, welding and smelting, said Anumantha Kanthasamy, chair of the Biomedical Sciences Department in the ISU College of Veterinary Medicine. The project recently received a three-year, nearly $1 million grant to advance the research due to the numerous military jobs that also put people into regular contact with certain metal elements. The U.S. Army Medical Research Acquisition Activity is the awarding and administering acquisitions office.

Kanthasamy, a Clarence Hartley Covault Distinguished Professor in veterinary medicine and the Eugene and Linda Lloyd Endowed Chair and Eminent Scholar of Neurotoxicology, said the researchers will compare biomarkers in rodents exposed to the metals manganese and vanadium with samples from humans. The project also will examine the medical data of some veterans who exhibit Parkinson-like symptoms.

“With this project, we want to assess the risk that exposure to these two metals poses,” Kanthasamy said.

The research will seek to answer the question of whether exposure to both manganese and vanadium increases the likelihood that someone will develop Parkinson-like symptoms. Links between manganese and neurological disorders have been noted since the 1950s, Kanthasamy said, because of the tendency of manganese to accumulate in brain tissues. But vanadium is a relatively new metal, used in alloys because of its strength and light weight.

Kanthasamy’s lab began gathering preliminary data on exposure to both metals several years ago.  The current study will look at exosomes, or membranes shed by cells, contained in the serum of mice exposed to manganese and vanadium. The researchers will look for misfolded proteins, a telltale sign of Parkinson’s and other neurological disorders, in the exosomes.

The scientists will compare their findings in rodent models with findings from a Penn State neurology research group led by Xuemei Huang, which will collect serum and plasma samples taken from welders. Finally, the research team also will analyze government-provided data on U.S. veterans who developed neurological disorders. The research aims to gain a better understanding of how these two metals interact to heighten the risk of Parkinson’s disease.

The U.S. Army Medical Research Acquisition Activity, 820 Chandler Street, Fort Detrick MD 21702-5014 is the awarding and administering acquisition office. This work was supported by The U.S. Army Medical Research Materiel Command endorsed by the U.S. Army, through the Parkinson’s Research Program (PRP), Investigator-Initiated Research Award (IIRA), Program Announcement (Funding Opportunity Announcement Number W81XWH-17-PRP-IIRA, under Award No. W81XWH1810106.  Opinions, interpretations, conclusions and recommendations are those of the author and are not necessarily endorsed by the U.S. Army. Kanthasamy’s lab was able to secure the grant from the U.S. Department of Defense through support from the Presidential Initiative for Interdisciplinary Research, the ISU Big Data Brain Initiative, the Roy J. Carver Charitable Trust, and the Lloyd and Armbrust endowments. 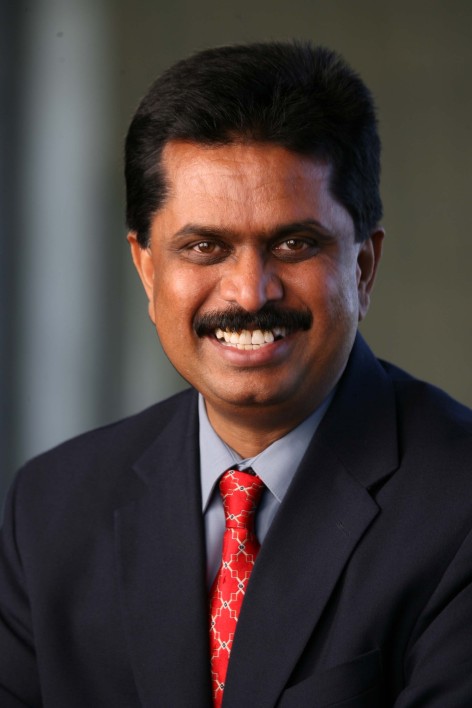 ISU biomedical scientists are examining how exposure to the metals manganese and vanadium may contribute to Parkinson’s disease. The research was supported recently by a nearly $1 million grant from the U.S. Army Medical Research Acquisition Activity.

“With this project, we want to assess the risk that exposure to these two metals poses.”