AMES, Iowa – When she was 8 years old, Danielle Feinberg used the educational programming language Logo to create images. Fast forward to today: She turned this fusion of art and science into award-winning work on some of your favorite Pixar Animation Studios films.

At 7 p.m. Thursday, Sept. 6, Feinberg will deliver a public lecture in Iowa State University’s Memorial Union Great Hall. In “The Art of Science: Bringing Imagined Worlds to Life,” Feinberg will discuss how she weaves art and science to create fantastical worlds on the big screen.

After graduating from Harvard University with a bachelor’s degree in computer science, Feinberg went to work for Pixar Animation Studios in 1997, where she turned her love of combining computers and art into a job working on the feature film “A Bug’s Life.”

She worked her way from an entry-level technical job to become Pixar’s director of photography for lighting on Disney·Pixar’s Academy Award-winning films “WALL-E,” “Brave” and “Coco.”

Feinberg discovered her love for lighting on “A Bug’s Life,” and went on to light many other notable Pixar films, including “Toy Story 2,” Monsters, Inc.,” “The Incredibles,” “Ratatouille” and “Inside Out.”

If you watched “Finding Nemo,” then you saw Feinberg’s work as computer graphics supervisor of the ocean unit, during which her responsibilities included creating the scenes deep in the ocean, the field of pink jellyfish and the roller coaster ride with the turtles.

In addition to her Pixar work, Feinberg mentors teenage girls, encouraging them to pursue coding, math and science.

This lecture is co-sponsored by the College of Engineering, College of Liberal Arts and Sciences, College of Design, departments of computer science and electrical and computer engineering, Program for Women in Science and Engineering and the Committee on Lectures, which is funded by Student Government. 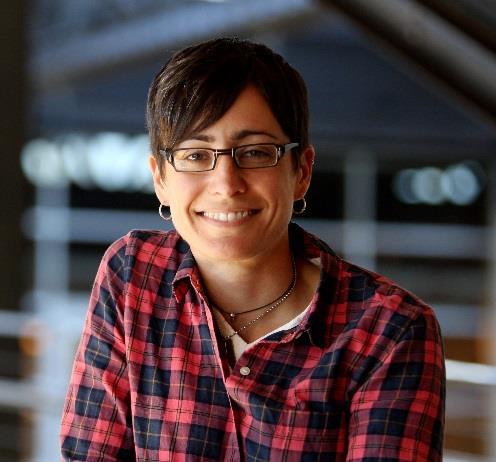 “The Art of Science: Bringing Imagined Worlds to Life”