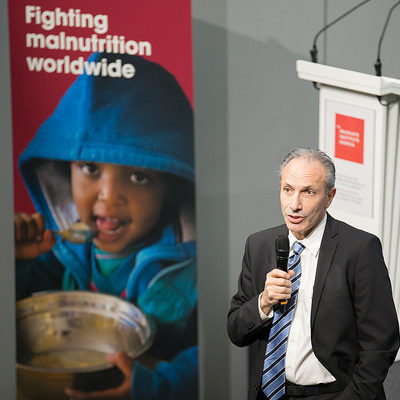 Haddad and Nabarro have been named the 2018 World Food Prize Laureates. This month, they’re bringing their story to Iowa State University for the annual Norman Borlaug lecture.

ISU President Wendy Wintersteen will moderate the conversation, “Why Good Nutrition Should Be a Global Priority and How to Make It So,” at 8 p.m. Monday, Oct. 15, in the Memorial Union Great Hall. This public event is free.

Haddad, executive director of the Global Alliance for Improved Nutrition, is a pioneer in food policy research. He served as head of the Institute of Development Studies in the United Kingdom from 2004 to 2014 and subsequently co-chaired the Global Nutrition Report. 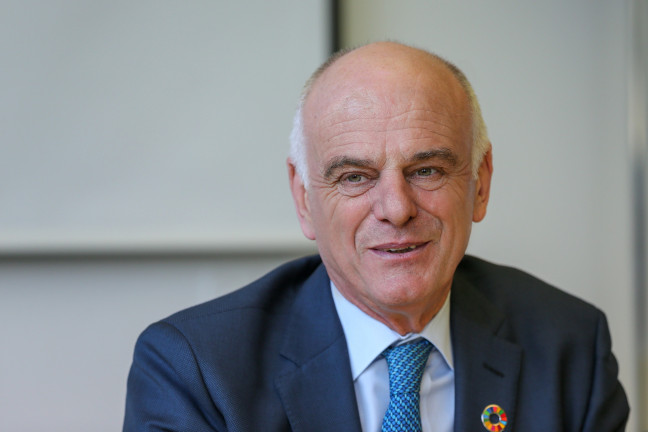 Nabarro enjoyed a long career at the United Nations before retiring last year. He led the UN’s High Level Task Force on Global Food and Nutrition Security from 2008 to 2014, served as coordinator of the Scaling Up Nutrition Movement from 2010 to 2014, worked as the UN Secretary-General’s special adviser on sustainable development and climate change, and last served as special adviser on the 2030 Agenda for Sustainable Development and Climate Change.

The price spike that triggered a global food crisis in 2007-2008 particularly affected women and children in developing nations – and Haddad and Nabarro leapt into action, each calling on their systems of stakeholders to make nutrition a key component of development strategies and policies. According to the World Food Prize Foundation, their efforts helped reduce the world’s number of stunted children by 10 million between 2012 and 2017.

“Through the efforts of Lawrence Haddad and David Nabarro, the legacy of the food price crisis for millions of children around the world will not be how they succumbed, but how they survived and thrived,” the World Food Prize Foundation said in its announcement of the 2018 laureates.

The annual Norman Borlaug lecture is named for the Cresco native and agronomist whose discoveries sparked the Green Revolution. Borlaug received the Nobel Peace Prize in 1970 for his international work in wheat research and production, which has saved millions of lives. He is the founder of the World Food Prize, which annually recognizes the achievements of individuals who have advanced human development by improving the quality, quantity or availability of food in the world.

This lecture is co-sponsored by the Nutritional Sciences Council, Office of the President, Seed Science Center, World Affairs series, World Food Prize Foundation and the Committee on Lectures, which is funded by Student Government.

This year’s Norman Borlaug lecture will be presented by 2018 World Food Prize Laureates Lawrence Haddad and David Nabarro, recognized for their work to make child nutrition an urgent priority on the heels of the global food crisis 10 years ago.

A reception and the 17th annual Norman Borlaug Lectureship Poster Competition for graduate and undergraduate students will precede the lecture at 7 p.m. in the MU South Ballroom. Posters will address world food issues. This event is presented by the food science and human nutrition department and the Nutritional Sciences Council.