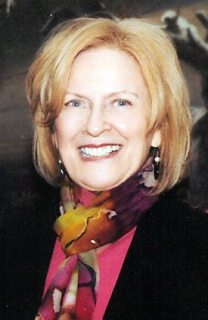 AMES, Iowa – Florence George Graves’ investigative reporting on sexual misconduct and abuse of power in Washington led to several “firsts” during the 1990s. Nearly three decades later, she is still writing about equal rights and will share her experiences in a lecture at Iowa State University.

Graves, founding director of the Schuster Institute for Investigative Journalism at Brandeis University and award-winning journalist, will present “#MeToo—Why Has it Taken so Long?” on Monday, April 1, as the 31st recipient of the Mary Louise Smith Chair in Women and Politics. The public lecture begins at 7:30 p.m. in the Sun Room of the Memorial Union, followed by a reception in the South Ballroom.

"There have always been significant barriers keeping American women from accessing their full political and human rights. For example, despite decades of appeals, protests and marches, women’s suffrage did not become a reality until 1920,” Graves said. “Initially, white women were the major beneficiaries. It took decades for black, Native American and Asian women to overcome additional roadblocks that prevented their full participation.”

Using this historic framework, Graves will share examples from her reporting that illustrate how women have been discouraged from speaking out about sexual misconduct and other kinds of gender discrimination.

In the early 1990s, Graves began reporting on a series of articles related to the imbalance of power between women and men in Washington. Reporting for the Washington Post, Graves and a colleague investigated U.S. Sen. Bob Packwood’s sexual misconduct, which led to a three-year Senate investigation, his forced resignation and the 1995 Congressional Accountability Act, which required Congress to follow the same employment laws enacted for the rest of the country.

Graves also authored a Washington Post investigation that revealed bipartisan maneuvering by Senate Judiciary Committee members to discourage the testimony of a key witness in the Anita Hill-Clarence Thomas hearings.

“Graves exposed sexual harassment long before the #MeToo movement,” said Karen Kedrowski, director of ISU’s Carrie Chapman Catt Center for Women and Politics. “Having her on campus is an opportunity to discuss the history of this issue as we continue to push for change and equality.”

Graves launched the Schuster Institute in 2004. The Institute’s innovative “newsroom without walls” focused on collaborations with other news organizations, and starting in 2015 began a collaboration with the Fund for Investigative Journalism (supported by the Ford Foundation) to increase diverse voices and topics in investigative journalism.

The Mary Louise Smith Chair in Women and Politics was established in 1995 to honor the Iowa native and longtime political and civic leader. Smith – the first woman to chair the Republican National Committee – was a mentor, friend and role model to many in the world of politics and civic, government and community affairs.

The purpose of the chair is to bring nationally known political leaders, scholars and activists to Iowa State to enrich the experiences of students and educate citizens about the role of women in the political process. The Catt Center and the Committee on Lectures, which is funded by Student Government, are cosponsoring the lecture.

Florence George Graves’ investigative reporting on sexual misconduct and abuse of power in Washington led to several “firsts” during the 1990s. Nearly three decades later, she is still writing about equal rights and will share her experiences in a lecture at Iowa State University.

“#MeToo—Why Has it Taken so Long?”

Sun Room of the Memorial Union, reception to follow in the South Ballroom