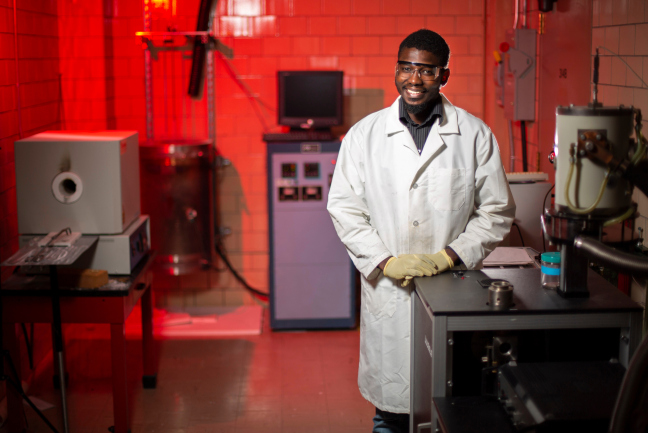 Mouhamad Diallo is graduating from Iowa State University this weekend with a dual degree in mechanical engineering and materials science. Photo by Christopher Gannon. Larger image.

AMES, Iowa — With a dual degree in mechanical engineering and materials science from Iowa State University, Mouhamad Diallo wants to change lives around the world through sustainable energy.

Diallo grew up in Senegal, a country in west Africa, the son of two doctors and one of four children. While his father came to the U.S. when Diallo was a baby, Diallo didn’t set foot in the states until 2013. He enrolled at Des Moines Area Community College the next fall, diving into STEM courses.

Diallo’s academic excellence caught the attention of one of his professors at DMACC, which led him to a research project at Iowa State studying nanoparticles while he was still a DMACC student.

Transitioning to life in America

Diallo’s father came to the U.S. to get a second Ph.D., and his mother is a physician back home in Senegal.

“My father wanted a better life for us because we didn’t have those opportunities that we have here in America,” Diallo said. “We knew the reason why he came here, the reason why he had to make such a sacrifice for us. We had that in the back of our minds when we were back home.”

After graduating from high school, Diallo and his three siblings joined their father in Iowa. Despite doing his homework on the Midwest before moving here, Diallo called his first winter in Iowa “an eye-opener.”

“That cold was real,” he laughed.

One cultural difference between the U.S. and Senegal sticks out for Diallo.

“The whole family lives together back home,” he said. “In your house, for example, you would have your uncles, your aunties. It’s always vibrant in the house.”

And because his grandparents lived closer to his high school in Senegal, Diallo lived with them for a while and got to hear stories of life before Senegal’s independence in 1960 — as well as an opportunity to tease and laugh with them.

Diallo sees every challenge as happening for a reason. Joining his father in Iowa led to enrolling at DMACC, which led him to research at Iowa State, which led to conference presentations, published papers, the McNair Scholarship, the IINSPIRE LSAMP program and funding for more research — all of this training him to become a better researcher and future graduate student.

“I feel like it’s a lot of series of events that were very beneficial for me,” he said. “Because I followed those opportunities, I was able to be here. It was all a learning experience that had to be there. I had to show that I was in the right mindset to overcome all of those.

“For me, it was just the right time. This was really a great environment for me to succeed.”

Next step: Make the world a better place

After graduating from Iowa State, Diallo will begin his Ph.D. in materials science at the University of California, Berkeley.

“One of the big things I want to do is have sustainable, green energy,” he said. “Studying batteries hopefully will help me understand that field and apply it to a bigger scale.”

So many of us take electricity for granted, Diallo said.

“Back home I remember you’d have blackouts, for two hours or maybe for a full day sometimes …which affects students because then they can’t study,” he said. “It’s something critical for developing countries to have, to go into that stage where they can say that they will be able to help themselves.

“I feel like we could do more for our people, and for everyone. I’m just trying to find a better alternative.”

He plans to do that wherever he’s needed — whether that’s in the U.S., Senegal or anywhere around in the world.

“The way I like to think about that is: Where am I going to be most productive?” he said.

Mouhamad Diallo moved to Iowa from Senegal in 2013. Six years later, he’s graduating from Iowa State University with a dual degree in mechanical engineering and materials science. After graduation, he’ll pursue a Ph.D. in materials science, studying sustainable energy to improve lives not only in Senegal, but around the world.

“My father wanted a better life for us because we didn’t have those opportunities that we have here in America. We knew the reason why he came here, the reason why he had to make such a sacrifice for us. We had that in the back of our minds when we were back home.” 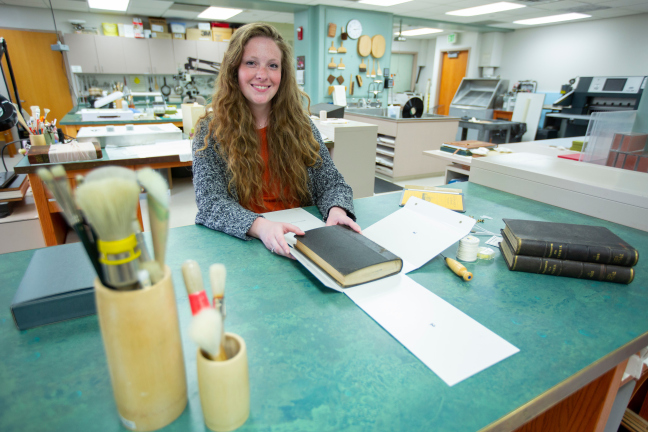 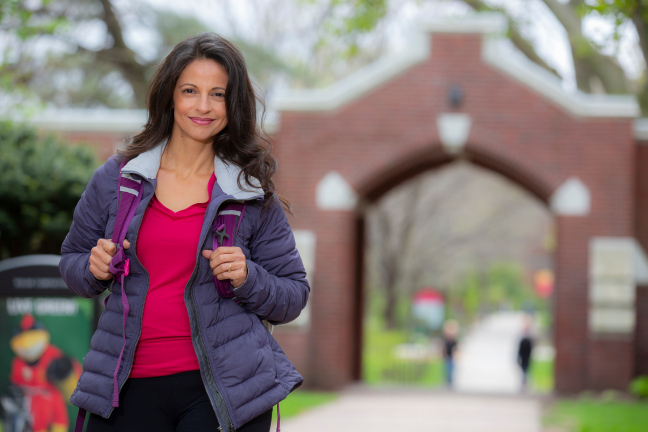