The end-of-semester surveys evaluate teaching effectiveness and often influence tenure and promotion, but research has shown women are evaluated more critically than their male peers, said Dave Peterson, a professor of political science. Having worked on committees tasked with tackling this issue, Peterson and Lori Biederman, adjunct assistant professor of ecology, evolution and organismal biology, designed an experiment aimed at making students aware of potential biases when completing evaluations.

They randomly assigned students in four large introductory courses – two biology and two American politics – one of two course evaluations. One was the standard form; the other included language (see sidebar) intended to mitigate gender bias. The language was added to the evaluation form and an email sent to students inviting them to complete the survey. All evaluations were completed online. 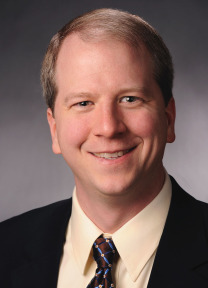 Biederman and Kevin Roe, associate professor of natural resource ecology and management, taught the biology courses. Tessa Ditonto and David Andersen, both assistant professors of political science, taught the courses on American politics. The two sections – one taught by a woman, the other a man – covered the same material with similar teaching styles. In comparison to the control group, the intervention yielded significantly higher scores for the women. The research is published in PLOS ONE.

“We were surprised to see a simple intervention have such a strong effect,” Peterson said. “It really is just one tool, but the results emphasize the need to talk about gender bias more broadly as we consider changes to how we evaluate teaching.” 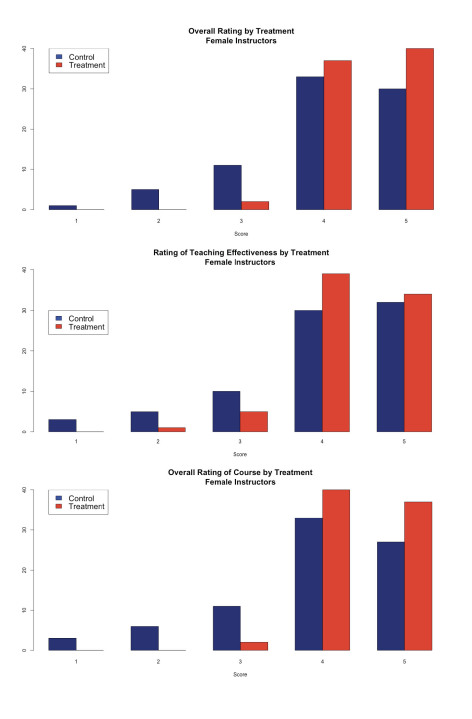 Despite the vast amount of research documenting gender bias, Biederman says there are few evidence-based tools to lessen the effect of implicit or explicit biases. She says the results of the intervention are encouraging, because women instructors often work harder in the classroom knowing these biases exist. 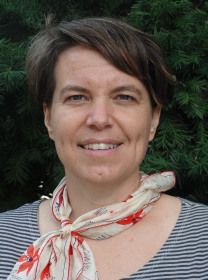 “I don’t think about bias on a daily basis, but it influences how I teach. I’ve cultivated a teaching persona to project a certain confidence so students don’t question my credibility,” Biederman said. “There’s a fine line between being flexible, caring and fun; but also firm, so students don’t walk all over me.”

Does gender of students matter?

The evaluations included a question about gender, which allowed researchers to test if the intervention influenced women and men differently. Their analysis found it had no effect on women students evaluating women instructors. There was evidence the intervention affected the men, specifically on overall ratings of the instructor and course.

It is unclear whether the anti-bias language would have a similar effect if included on all university course evaluations. Peterson says students may not notice the language and lessen its effect. More research is needed to determine how to mitigate gender bias on a larger scale, but Peterson says it cannot hurt to use the intervention given the influence of evaluations on faculty promotions and tenure.

The next step for researchers is to analyze the written comments students included in their evaluations to determine the effect of the intervention.

Student evaluations of teaching play an important role in the review of faculty. Your opinions influence the review of instructors that takes place every year. Iowa State University recognizes that student evaluations of teaching are often influenced by students’ unconscious and unintentional biases about the race and gender of the instructor. Women and instructors of color are systematically rated lower in their teaching evaluations than white men, even when there are no actual differences in the instruction or in what students have learned.

As you fill out the course evaluation please keep this in mind and make an effort to resist stereotypes about professors. Focus on your opinions about the content of the course (the assignments, the textbook, the in-class material) and not unrelated matters (the instructor’s appearance).