AMES, Iowa – Businesses are preparing for the long-term impacts of the ongoing trade war between the U.S. and China.

Consumers may not recognize the complexity and level of disruption created to points along the supply chain, but they are paying for it, say experts in Iowa State University’s Ivy College of Business. Supply chains work best with predictability, but uncertainties – including how long the tariffs will last and countries that may be targets of future tariffs – make it challenging for companies to prepare for what’s to come.

Here are a few of the consequences and fallout that ISU experts expect to see as a result.

Companies will look to other countries 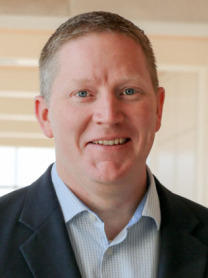 The role of trade barriers and tariffs has changed, says Scott Grawe, associate professor of supply chain management and associate dean for strategy and engagement. Once an effective way to protect U.S. manufacturers and industry, companies now have more options in a global economy. While tariffs still serve a purpose – for example, to limit trade to countries with terrorist connections – Grawe does not expect to see an economic boost for U.S. manufacturers and suppliers.

“Companies buy from other countries because the cost of labor is lower than in the U.S. While there may be opportunities to source locally, supply chain managers will scan the globe to get products in the most cost effective way,” Grawe said. “That’s why trade barriers need to be vetted to understand how businesses will respond and the potential ramifications.”

Even with the tariffs, China may still be the best option because of labor costs and its existing supply chain infrastructure. And if there is a risk of losing a large number of U.S. customers, some firms may shift their operations to facilities outside of China, Grawe said. 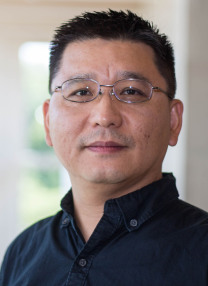 Finding new suppliers takes time and some retailers have had no other option but to pass on the cost to consumers. Some retailers, at least initially, have absorbed the cost to stay competitive, but not all have that luxury. Haozhe Chen, associate professor of supply chain management, says many small businesses operate on such tight margins that even a 3 to 5 percent cost increase is significant.

Chen says consumers are just starting to see the impact. Dollar Tree and Dollar General both announced in recent weeks that they are raising prices due to the tariffs. And with potential for a prolonged trade war, Chen expects other retailers will follow suit.

Even U.S. manufacturers are caught in the middle. Chen, who worked in international trade for nearly a decade in China, says many U.S. companies use Chinese parts to lower the cost of their own products. Tariffs will not only increase the production costs for these companies, but reduce their competitiveness in international markets. Companies trading with or that have a presence in China also suffer.

“The tariffs go both ways. In response to the Chinese government raising tariffs on U.S. imports, Chinese businesses may look for non-U.S. suppliers because of the increased costs to buy raw materials and products from the U.S. Chinese consumers also may rethink buying U.S. brands that have a presence in China,” Chen said. “We really need to look at how the tariffs affect the entire supply chain and the long-term consequences.” 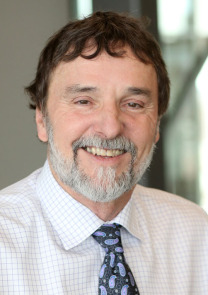 Cost is not the only factor companies are weighing as they seek new trade partners. Mike Crum, Ruan Chair of supply chain management, says to protect against future trade battles, companies may look to countries where the U.S. has a better trade balance. He agrees the tariffs will do little to revitalize manufacturing or other industries in the U.S. However, Crum sees opportunity to boost North American trade.

“As you start thinking about political stability around the world as well as energy consumption and efforts to be green, bringing more trade and manufacturing back to this continent makes a lot of sense,” Crum said. “It minimizes transportation and there’s more political stability, because generally we have better relations with our neighbors.”

Long term, companies are preparing for a variety of scenarios and unknowns. While the extreme nature of the tariffs is unprecedented, Crum says there is no guarantee they will end soon or with this administration. 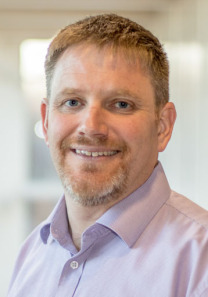 Any time there are rapid changes in the global economy there are implications for transportation, says Bobby Martens, associate professor of supply chain management and academic director of the Supply Chain Forum. For example, farmers are shipping fewer soybeans to China and more to markets in South America, which changes freight flows and demands on the transportation systems.

Martens says product that was going by rail to the Pacific Northwest and on to China is now being shipped on barges down the Mississippi River to the Gulf of Mexico. This not only changes the cost for transportation, but increases demand on a system already limited by spring flooding.

“Many companies are feeling a great deal of pain because flooding is limiting, even stopping, use of the Mississippi River system,” Martens said. “More than that, demand for using the Mississippi is greater than it’s been for many years because of the tariffs with China.”

Unfortunately, there are few alternatives. Martens says the most efficient rail lines move east to west and it is cost prohibitive to transport commodities by truck. In general, transportation modes such as rail and barge are slow to respond to sudden market changes and the uncertainty of the tariffs only compounds the problem. For example, railroads could upgrade certain track lines to handle the new demand, but Martens says that is a costly investment without knowing how long the tariffs will last.

Businesses are preparing for the long-term impacts of the ongoing trade war between the U.S. and China. Consumers may not recognize the complexity and level of disruption created to points along the supply chain, but they are paying for it, say experts in Iowa State University’s Ivy College of Business. Cost is just one the consequences they expect to see in the fallout from the tariffs.