AMES, Iowa -- Geetu Tuteja, assistant professor in Iowa State University’s department of genetics, development and cell biology, has been selected to join the Pew Scholars Program in the Biomedical Sciences. She is the first Iowa State researcher to receive this honor.

Tuteja is one of 22 promising scientists nationwide selected by the Philadelphia-based Pew Charitable Trusts to receive a four-year, $300,000 grant to conduct biomedical research aimed at advancing human health.

As a Pew Scholar, Tuteja will invest her funding into studying genetic networks that help to establish a healthy connection between embryos and their mothers.

The 2019 class of Pew scholars – all assistant professors – was chosen from 178 applicants who were nominated by leading academic institutions and researchers across the United States. The newly named scholars become part of an active community of nearly 1,000 scientists who have received Pew awards since 1985. Current scholars come together annually to share their research and gain insights from peers working in other fields.

Tuteja received her B.A. in computer science with a minor in chemistry from Boston University in 2004, and her Ph.D. in genomics and computational biology from the University of Pennsylvania in 2009. From 2010 to 2015, she was a postdoctoral research fellow with Professor Gill Bejerano of Stanford University’s Beckman Center. 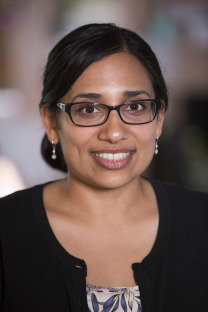