Nearly a third of likely caucus-goers do not want Biden, poll finds

AMES, Iowa – Sen. Elizabeth Warren leads the Democratic field of presidential candidates in a new Iowa State University/Civiqs poll. Warren was the top choice of 24 percent of likely Iowa caucus-goers. Former Vice President Joe Biden and Sen. Bernie Sanders were tied in second place with 16 percent each, but even more say they do not want either man to become the Democratic candidate.

The Iowa State University/Civiqs poll surveyed 1,333 Iowa voters, of which 572 said they are likely to participate in Iowa’s Democratic Caucuses. The online poll was conducted Sept. 13-17 and also asked voters to list other candidates they are considering as well as the candidate they do not want to win the nomination.

Almost a third (31 percent) of those surveyed said they do not want Biden to win the nomination, followed by Sanders (23 percent) and Williamson (12 percent). Dave Peterson, a professor and Whitaker Lindgren faculty fellow in political science who organized the poll, says they plan to ask the same pool of voters these questions every month leading up to the caucuses on Feb. 3. 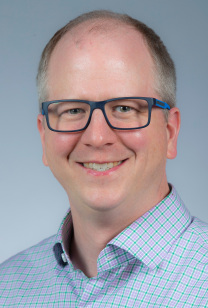 “Interviewing the same respondents will give us a fine-grained analysis about who is ahead, who is doing better and why. We can track which candidate is losing or gaining supporters from others in the field. In a race this crowded and complicated, knowing how Iowans change their minds is an invaluable resource for understanding the dynamics of the campaign,” Peterson said.

The online survey was sent to selected members of the Civiqs research panel. Likely caucus attendees were identified as those who responded they would “definitely” or “probably” attend the Iowa Democratic Caucuses, and identified as Democrats or Independents. An oversample of Democrats and Independents were selected to produce a larger number of likely caucus attendees.

The Iowa State University/Civiqs poll is funded by Iowa State’s Department of Political Science, Catt Center for Women and Politics, College of Liberal Arts and Sciences, Office of the Vice President for Research and the Whitaker-Lindgren Faculty Fellowship.