AMES, Iowa – Interviews are the central component of any Title IX investigation, but new research finds the techniques investigators are using may not be the most effective. 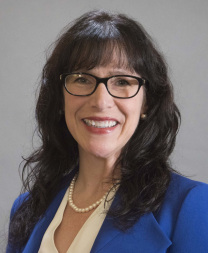 Lyles and Meissner, a professor of psychology, started working together to address these weaknesses and recommend a set of evidence-based practices for Title IX investigative interviews. Meissner leads an international research team developing interview methods for the FBI, CIA and other law enforcement agencies to reduce false confessions and effectively gather information. He says the techniques work in any type of investigation. 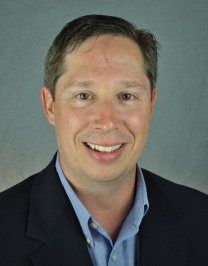 “The goal of any investigative interview, regardless of who you are interviewing, is to gather a complete and accurate recollection from a subject in a manner that will move an investigation forward,” Meissner said. “These techniques are very effective at providing people an opportunity to tell their story absent any preconceptions or biases on behalf of the investigator.”

Title IX procedures are in place to protect students from discrimination and harassment, Lyles said, and the process and purpose are very different from the criminal justice system. There is a greater focus on education rather than punishment. To ensure due process and neutrality, she says investigators must be impartial when interviewing the complainant, respondent and witnesses. Ultimately, investigators must assess the credibility of a complaint and determine if there is a violation of Title IX policy.

Some of the training programs Lyles and Meissner examined suggest that investigators can determine the veracity of a Title IX complaint by watching the behavior of the respondent during the interview. The researchers say there is no evidence to support the effectiveness of such an approach. They also found no scientific evidence that victims and perpetrators have different neurobiological responses to the same event, as some programs claimed.

Meissner says using evidence-based techniques can help investigators build rapport and trust to elicit as much information as possible and facilitate memory recall. It is important for Title IX investigators to get a complete and detailed account during the initial interview so the individuals involved do not have to tell their story multiple times. By asking the right questions and using evidence strategically, Meissner says they can accomplish those goals.

“By asking open-ended questions, investigators avoid inserting any bias,” Meissner said. “If they have information from social media, video surveillance and witnesses, they can use that evidence strategically to assess credibility of the subject and verify the information they have collected.”

In the paper, Meissner and Lyles outline the following recommendations for developing evidence-based interviewing best practices for Title IX investigations:

Lyles says Iowa State has developed a standard practice guide incorporating science-based investigative interviewing techniques. By sharing this information, she hopes other schools will do the same.

“We’re trying to create some standards for good investigative practice,” Lyles said. “As investigators we are neutral fact-finders. We do not advocate for any party. It is our job to be impartial and unbiased. It is important that the process not advantage or disadvantage any party.”

Interviews are the central component of any Title IX investigation, but new research finds the techniques investigators are using may not be the most effective. Iowa State University researchers evaluated the available training programs for investigators and identified techniques and suggested practices at odds with science-based interviewing strategies.

Title IX of Education Amendments was passed by the U.S. Congress in June 1972, and signed into law on July 1, 1972. It is a federal civil rights law that prohibits sex discrimination in education programs and activities such as:

Title IX investigations are conducted in the United States when schools receive complaints of sex-based discrimination. These civil procedures rely on the participation, recall and evidence provided by complainants (individuals who report experiencing sexual misconduct), respondents (individuals who are alleged to have engaged in sexual misconduct) and witnesses. This renders critical the role of effective interviewing proceduresin Title IX investigations.