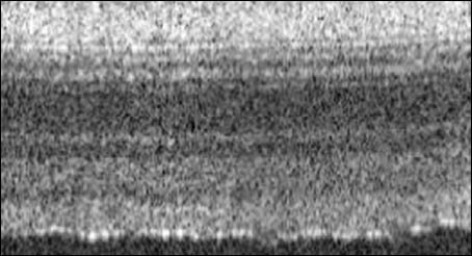 This image of a retinal scan from a steer is similar to the images researchers will analyze from older adults in the study. Photo provided by Heather Greenlee

AMES, Iowa – An image of your retina may help Iowa State University researchers determine your risk for Alzheimer’s disease even before other symptoms are detectable.

Numerous studies have shown the inner layer of the retina is thinner in people with Alzheimer’s disease. But what if a noninvasive scan could spot changes to the retina before diagnosis and when treatment could be more effective? That is the question Tricia Neppl, an associate professor of human development and family studies, and Heather Greenlee, a professor of biomedical sciences, want to answer.

The Iowa State researchers are working with Natalie Denburg, at the University of Iowa, to collect retinal images, along with cognitive measurements and data on economic and social factors to determine if this information can identify risk for Alzheimer’s disease. The team received a grant from the National Institute on Aging to conduct a pilot study of 100 older adults living in rural Iowa.

Neppl says they will recruit participants from the Family Transitions Project, which she directs. The project started in 1989 and has followed three generations of Iowans for the past 30 years. This existing data will help researchers identify potential demographic and social risk factors. 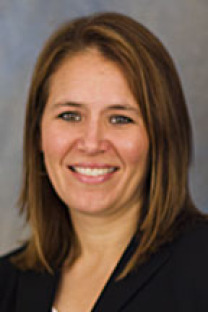 “We’ve been studying social and economic predictors and consequences since the beginning of the project to determine how people were faring in the economic downturn,” Neppl said. “We’ve shown that social and economic factors impact physical health, but this will be the first time to test cognitive health and decline.”

Greenlee has worked extensively with optical coherence tomography to study the retinas of animals with neurodegenerative diseases, such as mad cow disease in cattle. With the help of an ophthalmologist, she will use the same technology to capture retinal images for each participant. The researchers also will conduct a series of cognitive tests to compare the thickness of the retina with individual brain health and function.

According to the Alzheimer’s Association, 5.8 million Americans are living with Alzheimer’s disease and that number is expected to grow to 14 million by 2050. The numbers underscore the importance of this work for Neppl and Greenlee, who are already planning to use the results of the pilot study to build upon the work. While the collaboration between researchers in human science and animal health is a bit unique, Greenlee says the opportunity to combine their expertise could yield significant benefits. 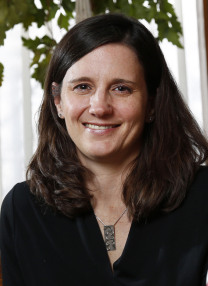 “This is a good example of interdisciplinary collaboration,” Greenlee said. “It gives us an opportunity to identify an affordable, quick way to screen people for disease before they even know they’re sick. The optical test takes only a few minutes and is completely noninvasive. If it’s effective, people could be tested annually to identify those who may be at risk.”

The researchers plan to start collecting data in February and have preliminary findings within a year.

An image of your retina may help Iowa State University researchers determine your risk for Alzheimer’s disease even before other symptoms are detectable. The researchers received a National Institute on Aging grant to collect retinal images, along with cognitive measurements and data on economic and social factors to determine if this information can identify risk for Alzheimer’s disease.