AMES, Iowa — An Iowa State University student is one of 62 students nationwide to be named a 2020 Truman Scholar.

Juan Bibiloni-Rivera, senior in mechanical engineering, was selected from 773 applications nationwide. He is Iowa State’s first Truman Scholar since 2006. The Truman Scholarship is the premier graduate fellowship in the U.S. for those pursuing careers as public service leaders.

Growing up in San Juan, Puerto Rico, Bibiloni-Rivera discovered a passion for leadership and service through the Boy Scouts and at Colegio San Ignacio de Loyola, a college preparatory school in San Juan.

In 2016, he was selected as a George Washington Carver Scholar to attend Iowa State. Here, he expanded on his leadership and service skills by getting involved in numerous organizations, including ISU Student Government – to which he was elected as student body vice president in 2018.

“While I remain true to my Puerto Rican roots, Iowa is now my home thanks to [the George Washington Carver Scholarship] and countless opportunities over the past three and a half years,” he wrote in his application.

His passion for increasing transit accessibility led him to serve on the Ames Transit (CyRide) Board of Trustees. His leadership effected change that improved the lives of Ames and ISU riders on a daily basis, including his role in securing automated annunciators to announce bus stops for people who are visually impaired.

Bibiloni-Rivera plans to pursue a master’s degree in public administration after graduating from Iowa State next year, focused on public financial management and social policy, as well as a J.D. focused on public interest law.

He aims to build a career in public service developing public transit and infrastructure policy that improves the quality of life for the United States’ most marginalized groups.

“More than ever, I know that public service is my future.”

Each new Truman Scholar receives up to $30,000 for graduate study. Scholars also receive priority admission and supplemental financial aid at some premier graduate institutions, leadership training, career and graduate school counseling and special internship opportunities within the federal government. Recipients must be U.S. citizens, have outstanding leadership potential and communication skills, demonstrate academic excellence and be committed to careers in public service. 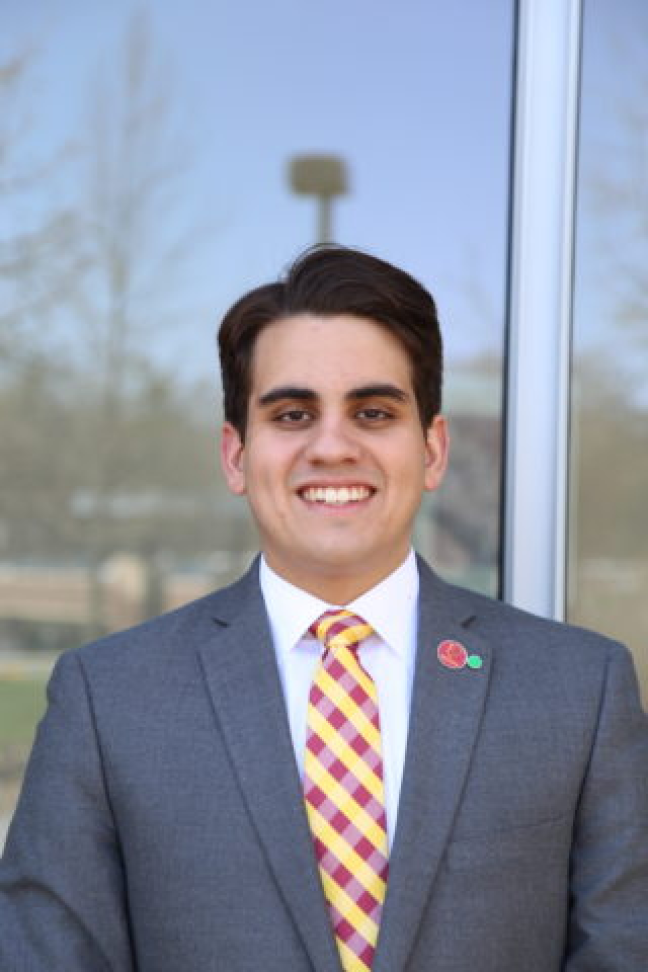