AMES, Iowa — An Iowa State University graduating senior is the first student from Iowa to be named a Stanford University Knight-Hennessy Scholar.

Nikita Kozak, senior in mechanical engineering from Waukee, was recently wrapping up a long day of schoolwork and cutting down trees in his backyard. After heading inside to shower, eat and talk to his mother, he received a phone call from a California number.

Stanford’s Knight-Hennessy Scholars program aims to develop an interdisciplinary community of future global leaders to address the world's complex challenges through collaboration and innovation. Now in its third year, the program's level of prestige and competition rivals that of the world's most renowned awards.

Kozak is one of 76 scholars selected from 6,171 applicants worldwide. He will pursue a Ph.D. in mechanical engineering and a master’s degree in computer science at Stanford starting this fall. He aspires to revolutionize vehicles to enable urban air transportation by coupling machine learning and computational engineering.

Kozak has conducted research with the U.S. Army Research Laboratory and both the ISU Computational Fluid-Structure Interaction Laboratory and the Ivy College of Business. He earned first-place honors at five national research symposiums and has two first-author publications.

He is a Goldwater Scholar, a Department of Energy Computational Science Graduate Fellow (the first ever from Iowa State) and a recipient of the National Science Foundation Graduate Research Fellowship. Outside the classroom, Kozak excelled as a goaltender for Iowa State’s hockey team, gaining national recognition as a top ten goalie, and all-conference honors. 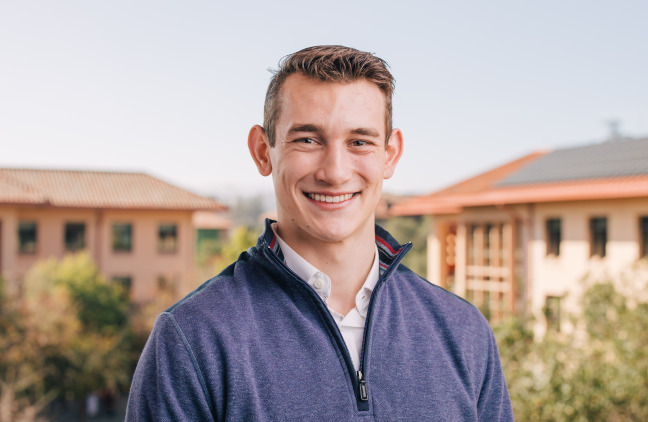