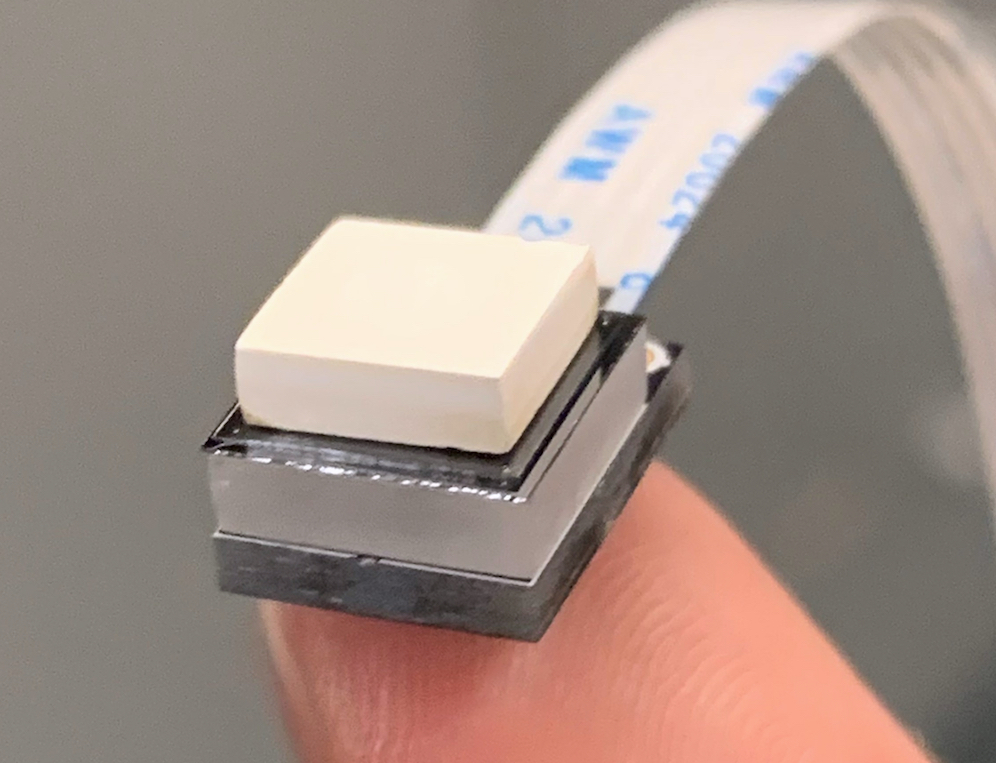 This sensor can be buried to continuously measure water tension in soil, a reading that can be related to soil water content. It's part of a cyber-physical agriculture system being developed by researchers at Iowa State University and the University of Nebraska-Lincoln. Larger photo. Photo courtesy of Liang Dong.

AMES, Iowa – After decades of growing corn and soybean yields across the Midwest’s Corn Belt, per-acre yields are approaching their theoretical limits. But there’s still a need for more grain to feed people and livestock.

Where can that grain come from? How can farmers and fields produce even more? Is there a new, sustainable way to boost productivity?

Engineers, geneticists, agronomists, system modelers and machine-learning experts at Iowa State University and the University of Nebraska-Lincoln think they might have a way. They’re combining their electronics, computing and crop expertise to develop a system that will constantly monitor fields at near single-plant resolution, predict productivity and help farmers manage their water and fertilizer use.

“The idea is to combine and interact two subsystems – a cyber system and a physical system to solve problems,” said Liang Dong, the project’s leader and an Iowa State University professor of electrical and computer engineering. “We want to build a new CPS (cyber-physical system) to improve agricultural management for crop production, environmental quality and agricultural systems sustainability.”

The U.S. Department of Agriculture is supporting the collaborative effort with a three-year, $1.05 million grant to Iowa State and Nebraska-Lincoln.

The system, for example, could detect that crop plants aren’t as green as they should be and will look for causes such as a lack of water or low levels of nitrogen.

“By simultaneously detecting plant performance and diagnosing the cause, we can actuate the proper response,” the researchers wrote in a project summary.

In areas where fields are irrigated, that response could include controlled delivery of water and nitrogen fertilizer to just the areas of a field that need it. That could minimize the amount and cost of fertilizer applications while reducing the amount of fertilizer that runs off fields and feeds harmful algal blooms in rivers, lakes and the Gulf of Mexico.

The key to this new system is combining and networking many different tools.

“We have looked at developing sensor-based technological solutions to help agronomists,” Dong said. “We have designed these soil and plant sensors. This time, we’re combining different sensors, models and controls all together to explain and predict plant-soil dynamics at high and unprecedented resolution. We’re generating actionable information for decisions about the control, scheduling and application of water and fertilizer at variable rates along the center pivot of an irrigation system.”

It’s a high-tech system, sure, but it’s also a down-to-earth way to help farmers build yields and improve sustainability.

Researchers at Iowa State University and the University of Nebraska-Lincoln are combining their expertise in electronics, computing and crops to develop a cyber-physical system that will monitor fields at almost single-plant resolution. The idea is to predict crop productivity and help farmers manage their water and fertilizer use. The project is supported by a $1 million grant from the U.S. Department of Agriculture.

“The idea is to combine and interact two subsystems – a cyber system and a physical system to solve problems. We want to build a new CPS (cyber-physical system) to improve agricultural management for crop production, environmental quality and agricultural systems sustainability.”

Hear Liang Dong talk about a "Fitbit for plants" on this episode of the College of Engineering's Factor Analysis podcast.