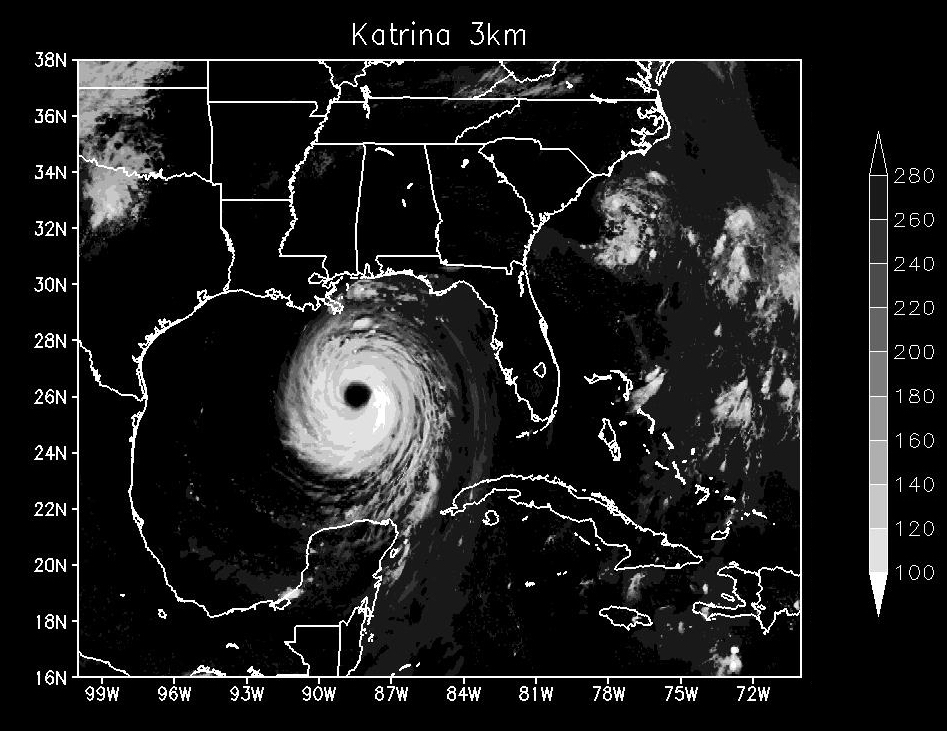 AMES, Iowa – Six tropical storms have blown over the Atlantic Ocean already this year – Arthur and Bertha in May, Cristobal and Dolly in June, and Edouard and Fay so far in July. That’s an unusually busy start to the tropical cyclone season.

“In terms of Accumulated Cyclone Energy (ACE), which measures the strength and duration of tropical storms and hurricanes, activity in the basin so far in 2020 is well above average,” the National Hurricane Center reported in its latest monthly summary of tropical weather in the Atlantic. 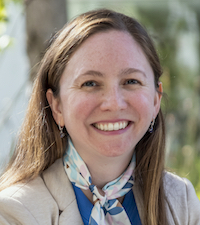 Photo by Marilyn Chung, © 2018 The
Regents of the University of California,
Lawrence Berkeley National Laboratory

That’s the kind of report that validates the research program of Christina Patricola, who is joining the Iowa State University faculty this fall as an assistant professor of geological and atmospheric sciences and will study variability and change in tropical cyclones.

After all, “Tropical cyclones are the leading cause of weather-related economic loss in the U.S., accounting for $938.2 billion over 1980-2019,” Patricola wrote in a research summary.

So, what exactly is a tropical cyclone? (That’s a good question, even here in Cyclone Nation.)

The National Oceanic and Atmospheric Administration says it’s a generic reference to a low-pressure system that forms over tropical waters with thunderstorms near the center of its closed, cyclonic winds. When those rotating winds reach 39 mph, the system becomes a named tropical storm. At 74 mph, it becomes a hurricane in the Atlantic or East Pacific oceans, a typhoon in the northern West Pacific.

Patricola, who most recently worked as a research scientist at the Lawrence Berkeley National Laboratory in California, is launching her Iowa State tropical cyclone studies with the help of a new grant from the U.S. Department of Energy’s Office of Science Early Career Research Program.

The grant, awarded on the basis of peer review, will provide at least $150,000 per year for five years, pending final contract negotiations.

Despite their destruction and enormous costs, Patricola said grand challenges remain in tropical cyclone studies. For example: There’s no consensus on whether global storm numbers will change in the future and there’s uncertainty about any regional changes in tropical cyclone intensity and rainfall.

Finding answers is complicated by a changing climate and how warmer temperatures affect rainfall and upper-ocean temperature, salinity and density – which influence how warmer surface water is mixed with deeper, cooler water by a storm’s winds and feeds back on storm intensity.

“There are some open questions about how ocean conditions will change in the future and what that will mean for tropical cyclone intensity,” Patricola said.

Some of the tools she’ll use are storm observations and various global and regional climate models, including the Department of Energy’s Energy Exascale Earth System Model (E3SM).

For Patricola – who took an interest in atmospheric science as a middle schooler in Massachusetts and says, “I could talk about hurricanes all day” – the study is not only a good fit for a new Iowa State Cyclone, it’s also a good way to look after North America’s coasts.

“The urgency of addressing the challenge to make reliable future (tropical cyclone) projections,” she wrote, “is escalating with increasing coastal development and population growth, the high economic output of U.S. coastal regions, the vulnerability of infrastructure to coastal flooding, and sea-level rise.”

Christina Patricola is joining the Iowa State University faculty this fall with a research program focused on tropical cyclones. A new grant from the U.S. Department of Energy's Office of Science Early Career Research Program will help launch her studies of global storm numbers and regional storm intensity and rainfall.

“There are some open questions about how ocean conditions will change in the future and what that will mean for tropical cyclone intensity.”

Christina Patricola, who is joining the Iowa State University faculty this fall as an assistant professor of geological and atmospheric sciences