AMES, Iowa – Say there’s a bomb attack on a military base. A few of the soldiers suffer concussions and other brain injuries. Could some of the injuries be caused by tiny bubbles that form and collapse within the skull during head trauma?

Researchers at Iowa State University, with the support of grants from the Office of Naval Research, are using their expertise with the manufacture of microstructures to study and describe the damage to brain cells caused by the formation and collapse of microbubbles – a process known as cavitation. 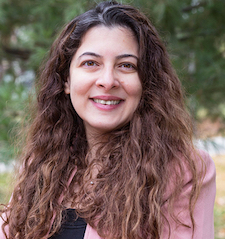 The researchers report their findings in a paper featured on the cover of the July 2020 issue of the research journal Global Challenges. Lead authors are Nicole Hashemi, an Iowa State associate professor of mechanical engineering, and Alex Wrede, a former doctoral student and postdoctoral research associate in Hashemi’s lab. (See sidebar for the other co-authors.)

The researchers write that microbubbles measured in microns – that’s millionths of a meter – can form in cerebral spinal fluid inside the skull during traumatic brain injuries.

The researchers wrote the “formation and dramatic collapse” of these microbubbles could be responsible for some of the damage in a brain injury.

Bubble damage may sound trivial. But bubble collapse, and the resulting shock waves, are known to damage the steel foundations of boat propellers. The researchers report that prior studies indicate the expansion and collapse of microbubbles creates forces of 0.1 to 20 megapascals, or 14.5 to 2,900 pounds per square inch.

“ … So it is alarming to realize the damage that cavitation inflicts on vulnerable brain tissue,” the researchers wrote.

Looking for changes in brain cells

To test and characterize the impact of cavitation inside the skull, the researchers simulated a brain by creating a 3D cell culture platform for astrocytic cells (star-shaped cells in the brain and spinal cord that are active in supporting, maintaining and repairing the central nervous system). They submerged the cell culture platform in a small tank and created microbubbles around 60 millionths of a meter in size. Some of the microbubbles adhered to the cell-laden microfiber scaffold.

The researchers looked for two kinds of effects:

First, they used an inverted microscope to record any morphological changes to the cells. Second, they worked with colleagues in Iowa State’s College of Veterinary Medicine to assess whether there were genetic changes in the cells.

The researchers found cavitation caused the cells to shrink and roughened their surfaces. The cells appeared to elongate and grow when images were taken 22 and 48 hours after cavitation. Even so, the researchers found cell growth after 48 hours– in terms of surface area – was about half as much as the control cells.

such as TNF-α and IL-6, which are associated with inflammatory conditions such as infection with the SARS-CoV-2 virus and neurological disorders such as Parkinson’s and Alzheimer’s diseases.

“Taken together, these results confirm that surrounding cavitation is detrimental to astrocytic function,” the researchers wrote.

Hashemi said while doctors look for treatments for the brain damage caused by cavitation, she said engineers can work to identify the places in the brain where cavitation is most likely to occur.

“A location map of cavitation occurrence can be directly used to design a helmet that dampens force and reduces the possibility of cavitation,” the researchers wrote. 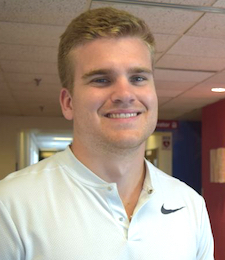 And while this study focusses on military helmets, Hashemi said the same ideas could be applied to helmets for football and other sports.

“This research is looking at battlefield applications, but in football there are similar impacts and shock waves,” Hashemi said. “Players do get mild forms of traumatic brain injury. Players might not realize it, but the effects of cavitation injuries would be there.”

“The people who have served our country and come back with injuries are really relying on research to find answers,” he said. “Answers could improve quality of life for our veterans and everybody unfortunate enough to go through traumatic brain injury.” 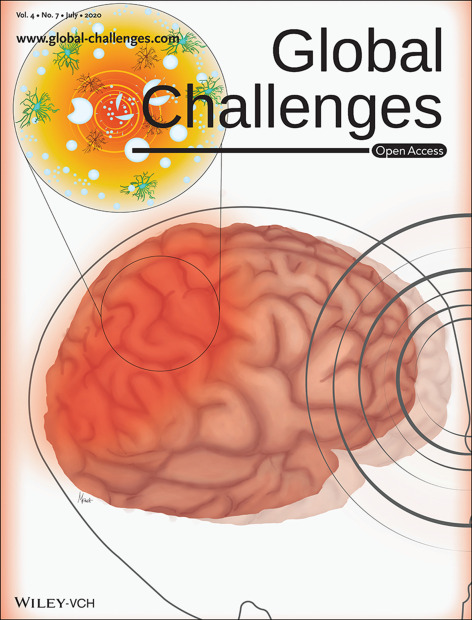 This cover illustration by Mica Post, a student in biological/pre-medical illustration at Iowa State, shows how head trauma can create microbubbles in the skull that collapse and damage nearby brain cells. Larger image. Image courtesy of Global Challenges.

Researchers led by Nicole Hashemi, an associate professor of mechanical engineering, are using their expertise with the manufacture of microstructures to study how the collapse of microbubbles within the skull can damage brain cells. Their research, which is supported by the Office of Naval Research, could lead to the design of better helmets.

“ … So it is alarming to realize the damage that cavitation inflicts on vulnerable brain tissue.”

“The people who have served our country and come back with injuries are really relying on research to find answers. Answers could improve quality of life for our veterans and everybody unfortunate enough to go through traumatic brain injury.”