As climate change cranks up the heat in the Mojave Desert, not all species are equally affected

Even among species that share the same habitat, some organisms adapt more readily than others to environmental fluctuations wrought by climate change. This realization has led biologists to try to predict which species are most vulnerable to climate change.

A new study published this week in the peer-reviewed journal Science shows how climate change is having a much greater impact on birds than small mammals in the Mojave Desert in the southwestern United States. The study, led by an Iowa State University scientist, utilized computer simulations to explore differences in how birds and mammals experience the direct effects of climate warming on their ability to maintain a stable body temperature.

The study could inform conservation practices and shed new light on how animals respond to changes in their environment, said Eric Riddell, lead author of the study and an assistant professor of ecology, evolution and organismal biology.

“We wanted to answer how physiology influences where animals can live and their vulnerability to climate change,” Riddell said. “We built these simulations that mimic how animals interact with their environment so we can identify which combinations of traits make species vulnerable to climate change and which ones don’t.”

Riddell contributed to the project as a postdoctoral researcher at the University of California, Berkeley. A UC Berkeley biologist named Joseph Grinnell collected copious amounts of data on wildlife in the Mojave region in the early 1900s. Biologists conducted surveys in recent years at the same sites visited by Grinnell, comparing today’s wildlife populations to those of 100 years ago. The new study drew on data for 34 small mammal species at 90 sites and 135 bird species at 61 sites located primarily on protected lands in southeastern California. Previous analyses showed that, as the Mojave Desert grew hotter and drier as a result of climate change, bird populations collapsed while mammals held steady.

Steven Beissinger, a UC Berkeley professor of environmental science, policy and management and a researcher at the Museum of Vertebrate Zoology, said the extreme environment of the desert highlights the biological differences noted in the study.

“Scientists tend to assume that most species in a region experience the same exposure to temperature or precipitation changes, and that they all respond in the same way,” Beissinger said. “But, we're finding now that animals have diverse strategies for reducing their exposure to hot and dry conditions that could kill them. You should see these differences most strongly in a harsh environment like the desert, where life is really on the edge.”

Computer simulations conducted by Riddell for the study explain those changes by examining the biology and behaviors of the species in question. Riddell compared the way animals control their body temperature, similar to how houses control temperature. We devote energy to warm our houses in the winter or cool our homes in the hot summer months, all to maintain a comfortable temperature range. Similarly, animals must devote energy to regulating their temperature as well, Riddell said. The amount of energy animals have to devote to cooling themselves in hot conditions is called the animal’s cooling cost. Riddell’s computer simulations showed how birds in the Mojave region, such as the prairie falcon and the mountain chickadee, have higher cooling costs than the small mammals that live in the same region. The small mammals analyzed in the study include rodents such as the cactus mouse or the kangaroo rat.

Riddell’s models account for how the animals’ bodies absorb or reflect sunlight, how insulated their bodies are and a range of other factors. The differences in cooling costs observed in the study accounts for the discrepancy in bird and mammal populations. Hotter conditions have a greater impact on birds because their cooling costs are higher, according to the study.

Riddell said studies like his can guide conservation policies. He said the study shows that basing climate change responses solely on the degree of warming in a region is unlikely to benefit all species in an area.

“Rather, we may need to focus on predicting the unique experience of climate change for species to identify regions with the greatest potential to harbor the most species under climate change,” Riddell said.

And monitoring species within affected areas might help scientists gauge the pace of climate change and how quickly mitigation strategies should be enacted, he said.

A new study shows how climate change is having a much greater impact on birds than small mammals in the Mojave Desert in the southwestern United States. The study could inform conservation practices and shed new light on how climate change affects various species differently. The research drew on cutting-edge computer modeling as well as survey data from more than 100 years ago. 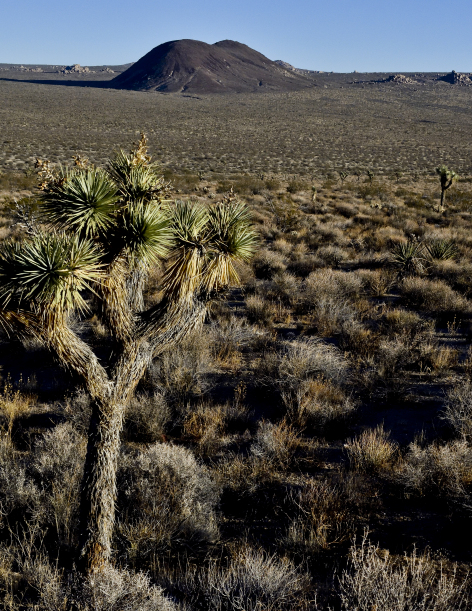 Climate change has caused the Mojave Desert to become hotter and drier, but not all species have experienced the same effects. A new study shows why climate change has hit bird populations in the Mojave harder than mammals in the same region. Larger image. Photo by Jack Daynes.

“We wanted to answer how physiology influences where animals can live and their vulnerability to climate change. We built these simulations that mimic how animals interact with their environment so we can identify which combinations of traits make species vulnerable to climate change and which ones don’t.”