Graduating ISU student has a plan: Use research to solve global problems 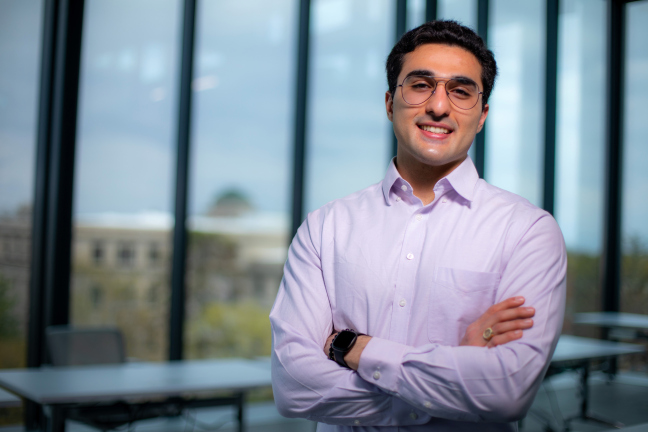 AMES, Iowa — A couple of commercials sparked a journey that would eventually lead Behnia Rezazadeh Shirazi from Iran to Iowa.

Shirazi will graduate from Iowa State University this weekend with bachelor’s degrees in biology, biophysics and biochemistry.

During his freshman year of high school, Shirazi was watching TV when an immigration lawyer came on to encourage Iranian nationals to pursue opportunities in the United States. It caught Shirazi’s attention but his father was finishing his Ph.D. in Malaysia, so Shirazi emailed the lawyer pretending to be his father. Nothing much came of it, until four years later when his family was invited to the U.S. embassy in Dubai for immigration interviews.

They moved from Shiraz, Iran, to Chattanooga, Tennessee, in December 2016.

“I got on the plane at 4 a.m. in Iran with everyone talking Persian, everything was in Persian, all the stores were Persian,” he said. “Then after 13 to 14 hours you’re in a different country with entirely different systems, different cars, people speaking differently. It was a shock in the aspect that you’re not used to everything being different.”

He started looking at universities in the U.S., knowing that he wanted to pursue research in the sciences and that he wanted an affordable education. As he was searching for universities, his father recalled that he had seen a commercial about Iowa State on TV and suggested he look into it. Shirazi was sold and started his studies at Iowa State the next fall.

He devoured textbooks on physiology, biochemistry, cell biology and plant biology. When he came to Iowa State and entered the biology program, he realized he wanted additional expertise in related fields. He added majors in biochemistry and biophysics to his program.

“I am very interested in research, but more so the application of that research,” he said. “Discovering things is pretty cool, but how can you apply it to solve a problem in the real world?”

While at Iowa State, Shirazi conducted research on the blood flow system of human circulation, trying to identify reliable indices that could be used to deliver reliable clinical prognoses of things like cardiovascular diseases.

After graduation, Shirazi will check his students out of Friley Hall and finish his community advisor duties. Two days later, he will head to North Carolina to participate in the Duke University School of Medicine’s Amgen Scholars Program, where he will conduct research this summer.

Heading to the hub of biomedical science

Then, he will spend two years conducting research into HIV vaccine discovery at the National Institutes of Health in Bethesda, Maryland.

“I said to myself, ‘If you’re going to get experience, what’s the hub of biomedical science in the United States? The NIH,’” he said.

His ambition knows no limits. During his time at Iowa State, Shirazi has participated in six research studies and has been published as a first author and second author in prestigious journals – a unique feat for an undergraduate student. He earned a Goldwater Scholarship last year, and a Wallace E. Barron All-University Senior Award this year.

One day, Shirazi plans to pursue a Ph.D. and find his groove in the biotechnology startup industry.

“I think biotech startups have a tremendous amount of potential in terms of solutions to climate problems and drug discovery for diseases like cancer and Alzheimer’s,” he said. “This is the type of real-world application I’m looking for.”

A couple of commercials sparked a journey that would eventually lead Behnia Rezazadeh Shirazi from Iran to Iowa. Shirazi will graduate from Iowa State this weekend with bachelor’s degrees in biology, biophysics and biochemistry. He's looking toward a career in the biotech industry, with hopes to solve global challenges from cancer to Alzheimer's disease.

“I am very interested in research, but more so the application of that research. Discovering things is pretty cool, but how can you apply it to solve a problem in the real world?”

After a year of virtual commencement ceremonies due to the COVID-19 pandemic, Iowa State will hold four in-person spring graduation events May 7-8, including a six-chapter event Saturday in Jack Trice Stadium that honors bachelor's degree recipients one college at a time. 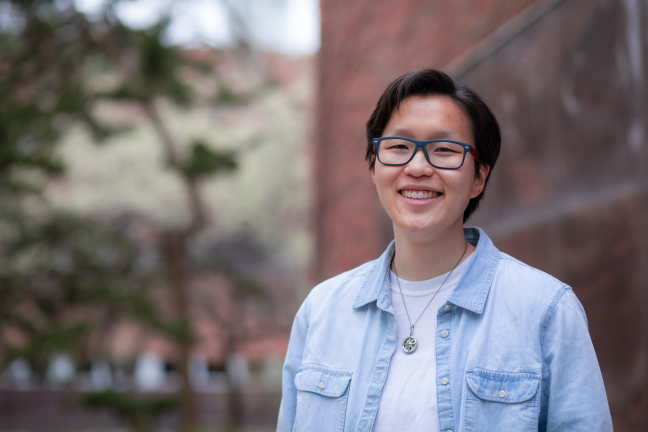 Jamie Sampson’s childhood love of computer games like SuperTux, Zoombinis and JumpStart has grown into a career. After graduating from Iowa State this weekend with a degree in software engineering, she'll head to a job at a studio division of Electronic Arts, one of the leading video game companies. 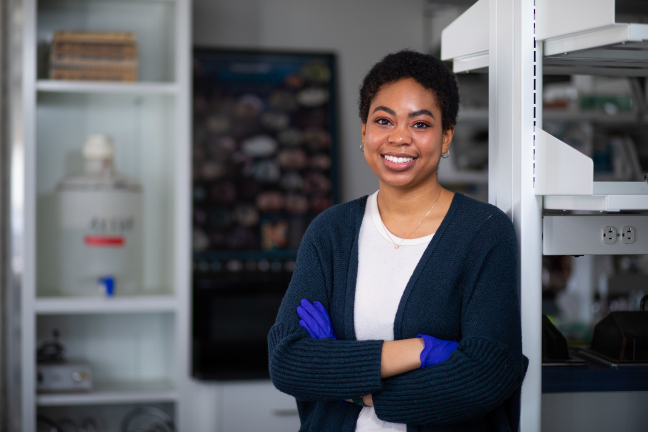 Iowa State may not be the first university you think of when it comes to marine biology. That didn’t stop Toni Sleugh from turning her ISU experience into exactly what she wanted in terms of marine biology, environmental conservation and management. Sleugh will graduate this weekend with a bachelor’s degree in biology and environmental studies before heading to a Ph.D. program.