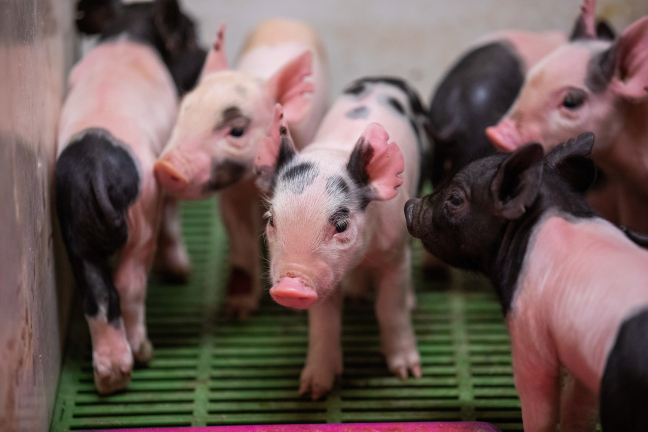 Days-old piglets stay close to their nearby mother at the Allen E. Christian Swine Teaching Farm. ISU researchers are studying whether hair samples can be used to gauge stress responses in pigs. Photo by Christopher Gannon. Larger image.

AMES, Iowa – From mullets in the 1980s to bowl cuts a decade later, bad haircuts have caused humans plenty of stress. But Iowa State University animal science researchers are trying to find out if trimming pigs’ hair can provide insight into how they respond to stressors they encounter through life, including disease.

The researchers aim to use hair samples to identify genetics that allow pigs to respond favorably to a wide range of stressful situations, everything from being weaned from their mother, to being transported, to establishing a social order when mixed with other pigs, to combating disease. The effort could help  produce pigs that lead less stressful lives and are more resilient and are, therefore, more productive. And it all starts with a quick trim.

Jack Dekkers, a Charles F. Curtiss Distinguished Professor of Agriculture and Life Sciences and principal investigator of the study, said stress causes the production of the stress hormone cortisol and its counterpart, dehydroepiandrosterone (DHEA). These hormones are deposited in hair as it grows. Dekkers compares these deposits in hair to tree rings. Studying the rings of a tree stump yields clues about that tree’s history. Studying the concentration of cortisol and DHEA in hair samples can help scientists piece together the level of stress an organism has experienced and how it has responded to that stress.

“These hormones are deposited into hair growth at a concentration that reflects their concentration in blood, also for humans,” Dekkers said. “So when you cut the hair that you have grown over its lifetime in pieces, it reflects a timeline of the stressors that you’ve been under and how you responded to them.”

The research project recently received a $500,000 grant from the U.S. Department of Agriculture’s National Institute for Food and Agriculture.

The research involves pigs raised in a research facility in Quebec, Canada, as part of a disease resilience project. The pigs are kept under tightly monitored conditions that control for disease exposure and stressors. In addition to disease, the researchers are also interested in how pigs respond to typically stressful situations such as being weaned from their mothers, being transported to different facilities, and establishing a social order among a new group of pigs.

Researchers will clip hair samples from the pigs at regular intervals and send the samples to be analyzed at the University of Saskatchewan. Dekkers’ lab will receive all the data collected from the hair samples and search for patterns that indicate which pigs respond to stress better than others. Dekkers said they’ll look for a low ratio of cortisol to DHEA.

“A high level of cortisol is indicative of an acute stress response, which is counteracted by a high level of DHEA, which reflects the ability to cope with stress,” he said. “Thus, pigs with a low ratio of cortisol to DHEA in hair are less stressed and are better able to cope with the stress they are under. Like in humans, stress leads to greater susceptibility to disease, reduced welfare, and lower productivity.”

The pigs in the study also have their DNA genotyped for the disease resilience research, allowing Dekkers and his colleagues to attempt to find genetic mechanisms that can account for low cortisol-to-DHEA levels in hair.

The initial goal for the project is to help pork producers breed pigs that are able to better cope with diseases such as Porcine Reproductive and Respiratory Syndrome. But Dekkers said it’s possible their research could lead to pork producers taking hair samples from their own herds to gauge how individual pigs respond to stress. Producers might use that information to group their pigs together in ways that minimize the potential for stress. It’ll require time to refine the practice before it reaches that point, but Dekkers said it’s an attractive option because clipping hair is a fast and noninvasive process.

Just don’t expect any of the pigs involved in the study to rock mullets any time soon.

Researchers at Iowa State University aim to use hair samples from pigs to identify genetics related to stress response. The effort could help produce pigs that lead less stressful lives and are more productive. And it all starts with a quick haircut.

“These hormones are deposited into hair growth at a concentration that reflects their concentration in blood, also for humans. So when you cut the hair that you have grown over its lifetime in pieces, it reflects a timeline of the stressors that you’ve been under and how you responded to them.” 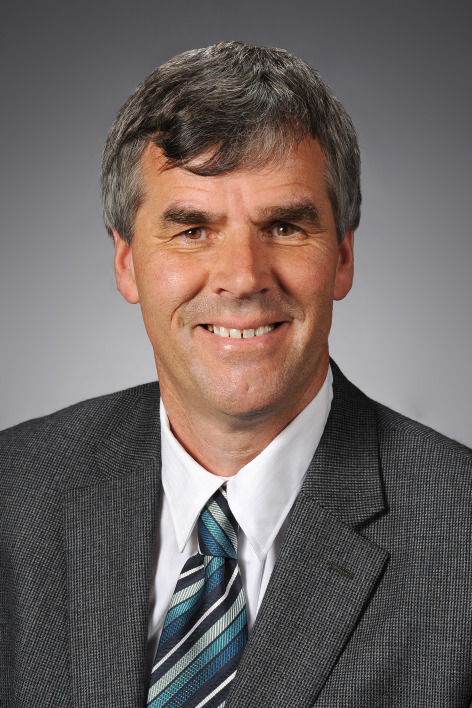