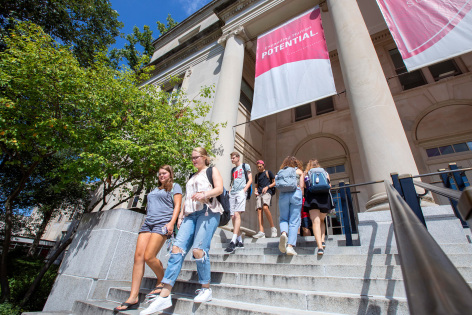 In the 2022 U.S. News and World Report rankings released on Monday, Iowa State tied for 58th among top public schools and tied for 122nd in the overall national rankings. The university was also recognized as one of the Best Colleges for Veterans, Best Value Schools and multiple academic programs were ranked:

In August, Washington Monthly released its 2021 National University Rankings, which measure university contributions to the public good in three categories (social mobility, research and promoting public service). Iowa State was the only public university in the state ranked in the top 30 for the overall rankings at 27th. The university was also listed in the following categories:

Princeton Review also recently released its 2022 college guide, “The Best 387 Colleges,” which features schools it recommends to students and parents as the best for undergraduate academics. Iowa State is included on the list. While the college guide is not a ranking, it does include other rankings by the Princeton Review.

Iowa State is ranked 11th among the top 50 undergraduate programs for entrepreneurship, and is the only Iowa university listed as a top 20 Best Schools for Financial Aid (Public Schools) at 15th. ISU also ranked among the top 50 Green Colleges at 37th.

Iowa State is a public, land-grant institution, committed to providing students with a high-quality education that is both accessible and affordable.

Several national publications have ranked or recognized Iowa State University of Science and Technology for its academic programs, value, commitment to public good and entrepreneurial spirit.