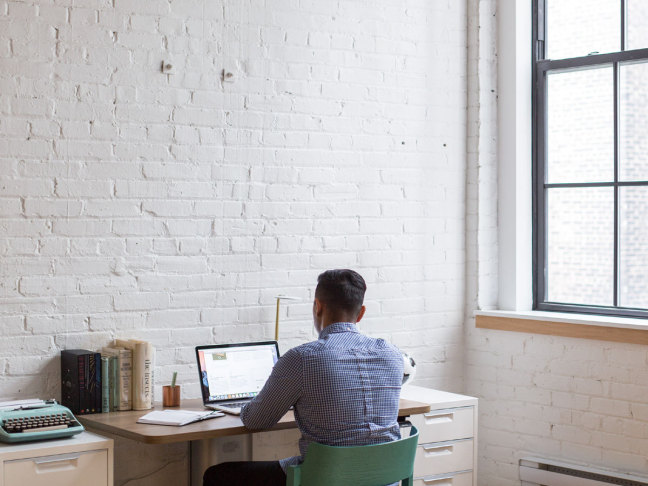 The study found people who continued to spend a higher amount of time sitting between April and June 2020 were likely to have higher symptoms of depression. Photo credit: Canva/Free Media License Agreement

AMES, Iowa - As people adhered to stay-at-home orders or self-isolated during the early months of the COVID-19 outbreak, daily commutes turned into shuffles between the bedroom and the living room. Clicking Zoom links erased time spent walking to meeting rooms, and Netflix spilled into time otherwise dedicated to the gym.

In short, a lot of people suddenly became more sedentary during the onset of the pandemic. Recently published research found people who continued to spend a higher amount of time sitting between April and June 2020 were likely to have higher symptoms of depression. A closer investigation into this association could play a role in helping people improve their mental health.

“Sitting is a sneaky behavior,” said Jacob Meyer, assistant professor of kinesiology at Iowa State University and lead author of the paper. “It’s something we do all the time without thinking about it.”

As the director of the Wellbeing and Exercise Laboratory at ISU, Meyer and his team look at how physical activity and sedentary behaviors are related to mental health, and how changes to those influence the way people think, feel and perceive the world.

“In March 2020, we knew COVID was going to affect our behavior and what we could do in lots of weird, funky ways that we couldn't predict,” Meyer said.

To get a snapshot of those changes, Meyer and a team of researchers received survey responses from more than 3,000 study participants from all 50 states and the District of Colombia. Participants self-reported how much time they spent doing activities, like sitting, looking at screens and exercising, and how those behaviors compared to pre-pandemic times. Using standard clinical scales, they also indicated changes to their mental wellbeing (e.g., depression, anxiety, feeling stressed, lonely). 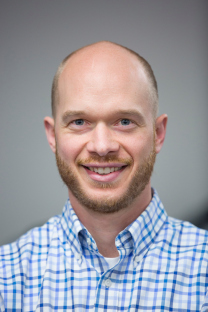 “We know when people's physical activity and screen time changes, that's related to their mental health in general, but we haven't really seen large population data like this in response to an abrupt change before,” Meyer said.

Survey data showed participants who were meeting the U.S. Physical Activity Guidelines (i.e., 2.5-5 hours of moderate to vigorous physical activity each week) before the pandemic decreased their physical activity by 32%, on average, shortly after COVID-19-related restrictions went into effect. The same participants reported feeling more depressed, anxious and lonely. Meyer and his fellow researchers published their findings in the International Journal of Environmental Research and Public Health last year.

Meyer’s latest paper in Frontiers in Psychiatry served as a follow up to see whether the participants’ behaviors and mental health changed over time. Participants filled out the same survey each week between April and June.

“In the second study, we found that, on average, people saw their mental health improve over the eight-week period,” Meyer said. “People adjusted to life in the pandemic. But for people whose sitting times stayed high, their depressive symptoms, on average, didn't recover in the same way as everyone else’s.”

The participants who continued to spend a large portion of their day sitting experienced blunted mental health improvements.

Meyer emphasized that finding an “association” between sitting and mental health is not the same as saying more sitting causes depression. He said it’s possible people who were more depressed sat more or that people who sat more became more depressed. Or there could have been some other factor that the researchers did not identify.

“It’s certainly worthy of more investigation,” Meyer said, adding that monthly survey data from June 2020 to June 2021 are intended to become publicly available soon. “I think being aware of some of the subtle changes we’ve made during the pandemic and how they might be beneficial or detrimental is really important as we look to the other side of pandemic life.”

Meyer said both starting and stopping a habit is very difficult, even when someone wants to change their behavior. But he hopes more people will recognize that even a little bit of movement can improve their mood and mental health, and try to find ways to build it into their day.

“If you’re no longer walking down the hall for in-person meetings, you can still incorporate that break from sitting by taking a short walk before and after your Zoom call,” Meyer said.

People working from home can try walking around the block before and after the workday to mimic their pre-pandemic commute, which Meyer said can benefit people physically and mentally, and help add structure to the day.

During the initial COVID-19 outbreak in March 2020, a lot of people suddenly became more sedentary as they adhered to stay-at-home orders or opted to self-isolate. Recently published research found people who continued to spend a higher amount of time sitting in the weeks following were likely to have higher symptoms of depression. A closer investigation into this association could play a role in helping people improve their mental health.

“We know that when people's physical activity and screen time changes, that's related to their mental health in general, but we haven't really seen large population data like this in response to an abrupt change before.”