AMES, Iowa – An independent review found “negligible evidence of racial bias” by Ames and Iowa State University police officers when initiating traffic stops. The departments requested the review as a proactive step to evaluate whether or not racial disparities existed in traffic stops and the outcomes. 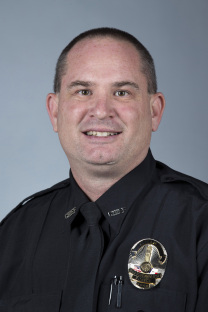 “We know there are concerns in our community and nationally about how officers conduct traffic stops and so we decided to take a look at the data to see what we could learn,” said Michael Newton, ISU police chief and associate vice president of public safety. “The review is just one step our departments are taking to be more transparent about our interactions with community members.”

Conducted by Chris Barnum with CR Research Group LC, the review examined the number of traffic stops by area, time of day and the outcomes – citations, warnings and arrests – to assess disproportionality of drivers based on their race. As noted in the report, disproportionality can indicate bias or discrimination, but it may also reflect differences in driving behavior, vehicle condition or driver-license status. The study did not control for other factors that may influence traffic stops and outcomes.

According to the report, there is little evidence that officers stopped a greater proportion of people of color compared to white drivers. The disproportionality index (the measurement used to assess racial disparity) for both departments was almost always lower than .05, which is described in the reports as a low confidence indicator of disproportionality.

Traffic stop outcomes were measured by an odds ratio, which compared the odds that a person of color received a citation or warning to the odds for a white driver. In 2017-2018, the Iowa State review found that people of color were more likely to receive a citation during a traffic stop, while white drivers were more likely to receive a warning. However, in 2019, there were no differences based on race.

The study also looked at arrest data from traffic stops. As noted in the report, nearly all arrests for Ames and Iowa State were for nondiscretionary charges, which means the officer is required to make an arrest and may include existing warrants, driving while barred or operating while intoxicated. Additionally, arrests for charges such as driving under suspension are considered “cite and release” and do not require the driver to go to jail, but promise to appear for a later court date. 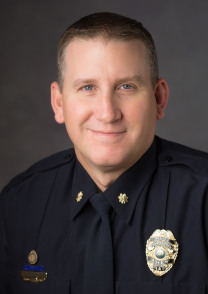 Ames Police Chief Geoff Huff says the review allows the departments to evaluate performance over time and is part of the ongoing efforts to strengthen relationships with the community. Both departments continue to provide bias-based police training for officers, share reports on police activity and pursue opportunities to engage the community in conversations about race.

“We plan to meet with several community organizations to discuss the findings and answer questions about the limitations of the study,” Huff said. “It’s important that community members feel their voices are heard not just related to this study, but on all policing issues.”

Chris Barnum, with CR Research Group LC, presented the study findings at a joint meeting with the Ames City Council and Iowa State Student Government. If you were unable to attend or watch the livestream, you can view a recording of the presentation.