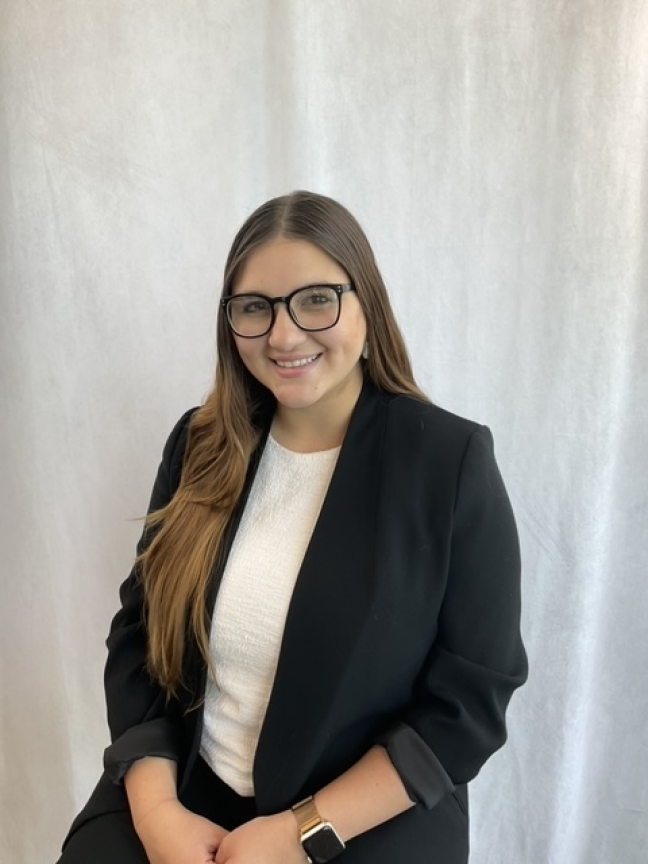 AMES, Iowa — An Iowa State University student is one of 58 undergraduates nationwide to be named a 2022 Truman Scholar.

Natalia Ríos Martínez, senior in political science, international studies and public relations from San Juan, Puerto Rico, was selected from 705 candidates nominated by 275 universities across the U.S. The Truman Scholarship is the premier graduate fellowship in the U.S. for those pursuing careers as public service leaders.

Each new Truman Scholar receives up to $30,000 for graduate study. Scholars also receive priority admission and supplemental financial aid at some premier graduate institutions, leadership training, career and graduate school counseling and special internship opportunities within the federal government. Recipients must be U.S. citizens, have outstanding leadership potential and communication skills, demonstrate academic excellence and be committed to careers in public service.

Following graduation, Ríos Martínez wants to work for the U.S. Department of Justice as part of the Pathways Program. She previously interned for the DOJ’s Community Relations Service headquarters in Washington, D.C.

Ríos Martínez plans to pursue a master’s degree in American government at Georgetown University, and a joint law degree and Ph.D. in Government to practice law, specializing in public policy.

Her goal is to one day be a trial attorney for the DOJ, and to represent Puerto Rico in Congress on a platform of alleviating social injustices in the territory and helping to restructure its health care system.

“When I moved to Iowa, I gained access to better healthcare coverage, and I want those same benefits on Puerto Rican soil,” Ríos Martínez wrote in her application. “I would use my position to cultivate health parity on the island for civilians and veterans so that they are not forced to leave the island to improve their health conditions.”

As a trial attorney, Ríos Martínez said she would “decrease incarceration using a preventative approach by increasing access to health care in underrepresented populations.” She attributes her success to the extraordinary support of the ISU Honors Program and her mother.

As a student at Iowa State, she created the Political Science Club, a non-partisan student organization focused on professional, academic and social development. Ríos Martínez served on the CyRide Board of Trustees and the ISU Committee on Lectures, was a mentor in the Puerto Rican Student Association, and served as president of the Save the Children Action Network.

She is currently conducting research into legal deserts as a research assistant with the sociology department. Ríos Martínez previously interned with the Iowa Department of Transportation’s Civil Rights Bureau and the Iowa House of Representatives. She is also currently working as a government contracting assistant for the ISU Center for Industrial Research and Service.

An Iowa State University student is one of 58 students nationwide to be named a 2022 Truman Scholar, the premier graduate fellowship in the U.S. for those pursuing careers as public service leaders.