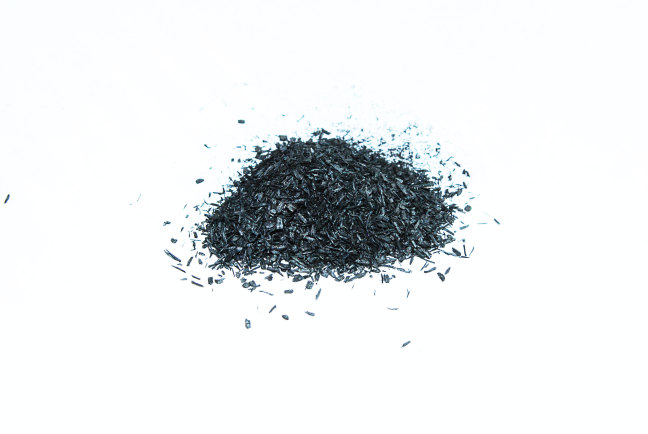 Biochar produced from pyrolysis of corn stover. Researchers at Iowa State University are working to make pyrolysis a key approach to removing carbon dioxide from the atmosphere to combat climate change. Photo courtesy of the Bioeconomy Institute. Larger image.

AMES, Iowa – An Iowa State University research team that helped develop a demonstration-scale pyrolyzer capable of sequestering thousands of tons of carbon dioxide a year has received a prestigious milestone award from XPRIZE Carbon Removal, it was announced on Friday.

The milestone prize provides $1 million to the carbon removal team at the Bioeconomy Institute to help advance its vision of using pyrolysis to remove carbon dioxide, a major greenhouse gas, from the atmosphere, thus slowing climate change. The carbon removal team is also in the running for an even larger award from XPRIZE of up to $50 million that will be determined in 2025. XPRIZE announced 15 milestone awards on Friday to coincide with Earth Day, selecting the winners from a field of 1,133 teams seeking to combat climate change by finding innovative means of removing greenhouse gases from the atmosphere.

Robert Brown, Iowa State Anson Marston Distinguished Professor in Engineering, the Gary and Donna Hoover Chair in Mechanical Engineering and co-director of Iowa State’s Bioeconomy Institute, said the milestone prize validates the research team’s approach to carbon sequestration, which centers on a process known as pyrolysis. During pyrolysis, biomass is heated in the absence of oxygen, yielding a carbon-rich material known as biochar, which is a form of charcoal. Brown and his team have shown that biochar is an effective means of storing carbon in the soil, a practice known as sequestration, which keeps the carbon out of the atmosphere.

Plants draw carbon dioxide out of the atmosphere to produce biomass as part of photosynthesis. But that carbon storage is often temporary. When plants die and decay, they release that stored carbon back into the atmosphere. The carbon removal team at the Bioeconomy Institute uses biomass from crop residues, wood and perennial grasses as stocks for pyrolysis while the plant matter is still rich in carbon. The biochar that results from the process can be added to agricultural fields, gardens or yards as a soil amendment that improves soil health and further increases carbon storage potential.

Pyrolysis also produces a thick, viscous liquid known as bio-oil, which can be refined into renewable diesel fuel or bio-asphalt, a renewable substitute for petroleum-based asphalt.

Iowa State currently has two pyrolyzers, a lab-scale unit installed on campus in the Biorenewables Research Laboratory and a larger pilot-scale unit at the BioCentury Research Farm outside Ames. The carbon removal team has partnered with Iowa-based Stine Seed Company and Frontline Bioenergy to build a demonstration-scale pyrolyzer near Redfield, Iowa, northwest of Des Moines. The new pyrolyzer is slated to come online this summer and will be capable of capturing and sequestering the equivalent of over 1,000 tons of carbon dioxide a year. That scale made the team eligible for the XPRIZE award.

The ISU scientists have developed a means of making the new pyrolyzer self-heating, improving its cost-effectiveness and environmental performance. This “auto-thermal pyrolyzer” works by pumping a small amount of air into the reactor, which causes some of the products of pyrolysis to partially oxidize and give off heat.

“Pyrolysis does require energy to heat the biomass, but we’re now able to self-heat the process,” Brown said.

About the $100M XPRIZE Carbon Removal

XPRIZE, a non-profit that hosts competitions intended to spur technological advancement to benefit humanity, seeks to reward innovative solutions to global challenges. XPRIZE has announced a prize purse of $100 million, which it touts as the largest incentive prize in history, for effective approaches to carbon removal, funded by Elon Musk and the Musk Foundation. The winning entrant must demonstrate solutions that can pull carbon dioxide directly from the atmosphere or oceans at a scale of at least 1,000 tons per year. Entrants must also model their costs and demonstrate a possibility to scale up their approach to gigatons of carbon storage in the future.

XPRIZE will hand out a $50 million grand prize to the top entrant, along with other $30 million prizes to other teams, an acknowledgement that it will likely take a variety of carbon removal approaches to avert an impending climate crisis.

“Even if we make heroic efforts to reduce the rates of global greenhouse gas emissions, we’ll still overshoot the targets necessary to avoid large climate impacts,” Brown said. “We need to look at solutions that actively remove carbon dioxide from the atmosphere. We think pyrolysis will be one of those solutions.”

An ISU research team has received a $1 million XPRIZE milestone award for its efforts to remove carbon dioxide from the atmosphere to combat climate change. The carbon removal team at the Bioeconomy Institute will use the award to advance its vision of using pyrolysis to turn biomass from crop residues and other sources into a soil amendment and other valuable products.

“Even if we make heroic efforts to reduce the rates of global greenhouse gas emissions, we’ll still overshoot the targets necessary to avoid large climate impacts. We need to look at solutions that actively remove carbon dioxide from the atmosphere. We think pyrolysis will be one of those solutions.” 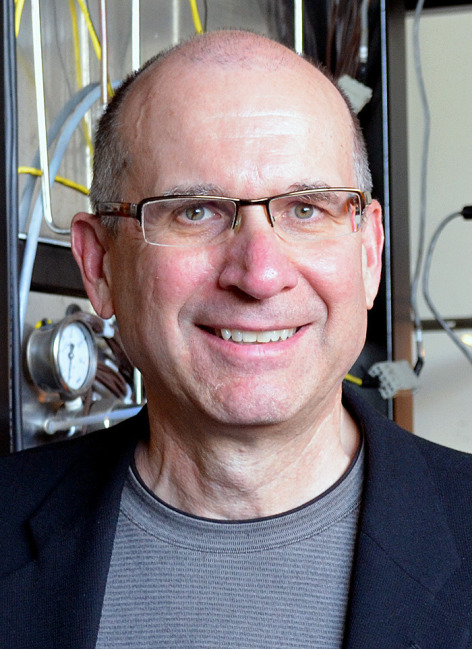