Researchers explore how people adapt to cybersickness from virtual reality 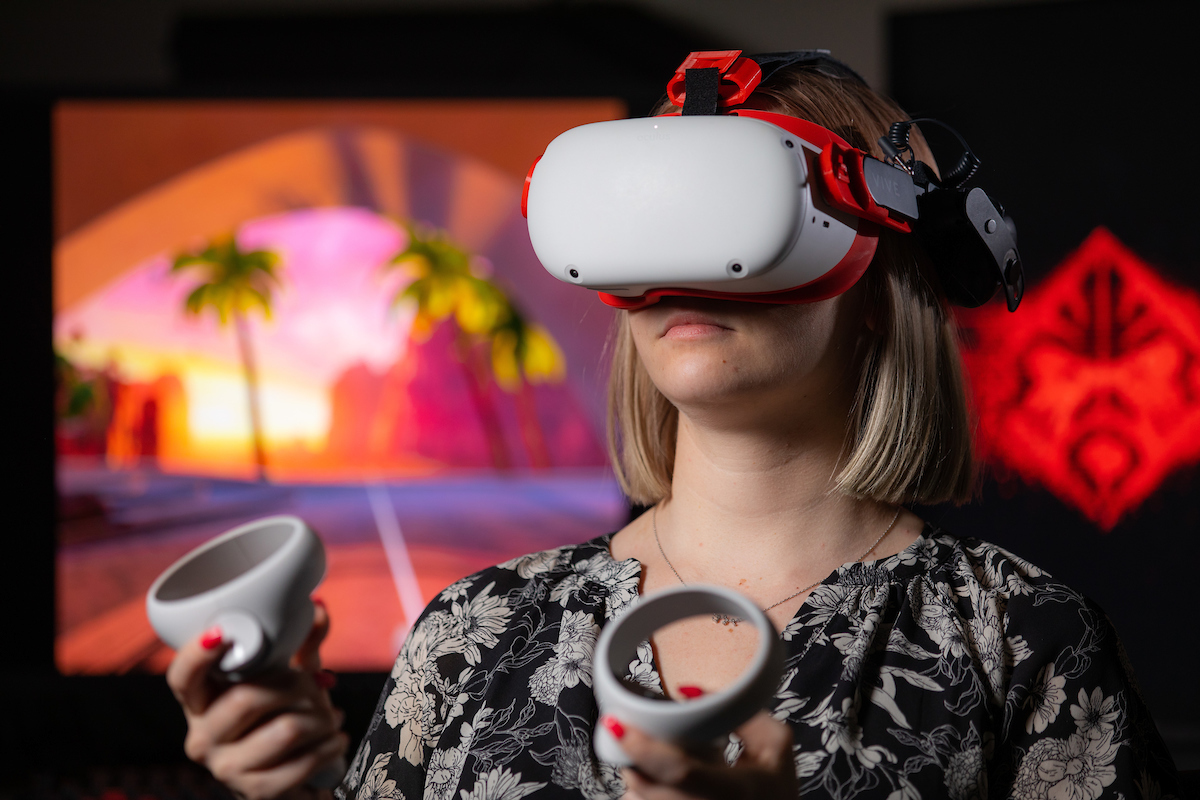 AMES, IA — While virtual reality has been around for decades, a combination of higher-resolution graphics, smoother tracking of the user’s movements and cheaper, sleeker headsets has propelled the immersive technology into arenas beyond gaming and military training.

In health care, VR has been used to prepare surgeons for complicated operations and help burn patients better manage their pain. In education, it's opened doors for students to tour world famous museums, historical sites – even the human brain.

But Jonathan Kelly, a professor of psychology and human computer interaction at Iowa State University, says the biggest barrier to VR becoming mainstream is cybersickness. Previous studies show more than half of first-time headset users experience the phenomenon within 10 minutes of being exposed to VR.

Many of the symptoms – nausea, dizziness, headaches, eye fatigue, sweating and a lingering sense of movement – overlap with other forms of motion sickness. Kelly explained they’re all caused by conflicting sensory information.

“When someone reads a book in a moving car, their eyes recognize a stationary environment while parts of the inner ear and brain that are involved in balance and spatial orientation pick up accelerations, turns and bumps,” said Kelly.

In a virtual setting, the inverse is true. An individual’s visual system perceives the rush from a roller coaster ride while sitting on a coach. Even without the stomach drop or whiplash, the dissonance can make someone want to hurl.

“We know people can adapt to sea sickness through repeated exposures. After several days on a boat, they’ll start to feel better,” said Kelly. “My research team and I want to figure out to what extent people can adapt to cybersickness and whether their adaptation in one VR experience can carry over to others.”

Initial results from a study with 150 undergraduate students indicate symptoms do improve with just three 20-minute sessions of VR over a week, but a higher percentage of women and people who are prone to motion sickness have a harder time adapting to cybersickness and different VR environments.

Last year, Kelly, along with a Ph.D. student in psychology and human computer interaction, Taylor Doty, and two faculty in the department of industrial and manufacturing systems engineering, Associate Professor Stephen Gilbert and Professor Michael Dorneich, selected participants who did not already have experience with VR technology.

During the first three visits to Kelly's lab, participants played the same VR game, Jurassic World Aftermath, for up to 20 minutes.

“We wanted the game to be fun enough that the participants would only stop playing from cybersickness, not boredom,” said Kelly. 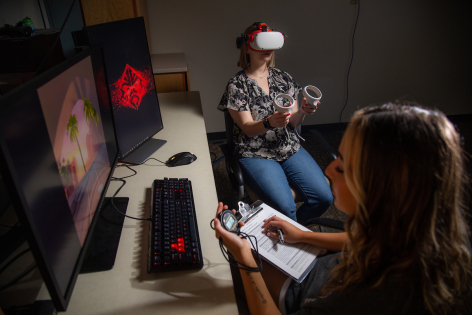 As the participants evaded dinosaurs to solve mysteries, they were asked every four minutes to rate their symptoms of cybersickness on a 10-point scale. Along with this “sickness rating,” the researchers measured how long the participants played during each session.

On the fourth and final visit to the lab, participants played under the same conditions but with a narrative-driven VR puzzle game, Shadow Point.

Kelly explained both games included in the study were rated by the makers as “moderately intense” for cybersickness. The researchers also removed optional comfort settings in the games (e.g., limiting peripheral vision with the headsets to reduce visual stimulation) to maximize the participants’ chance of feeling sick.

"This, along with the finding that sickness ratings on day three were 20% lower than on day one, shows that people adapt when playing the same game repeatedly,” said Kelly.

The sickness rating from the second game, Shadow Point, was also 20% lower among the participants who already had three sessions with Jurassic World compared to a control group who were experiencing VR for the first time. Kelly said this demonstrates some of the adaptation to one VR environment transfers to another.

But the study’s initial results show some people have more severe cybersickness and a harder time adapting to VR. The sickness severity ratings were 50% higher for women compared to men across all four sessions.

The research team aims to conduct future studies to explore this and the gender difference with cybersickness. Kelly said their long-term goal is to develop a training protocol that would come with a VR headset to help new users acclimate to virtual settings.

The study conducted last year was funded by the LAS Seed Grants for Social Sciences, which provides competitive funding to enhance scholarly research in the social sciences and enable collection of preliminary data in support of future extramural grant proposals.

Initial results from an Iowa State study indicate cybersickness symptoms from virtual reality improve with just three 20-minute sessions over a week, but a higher percentage of women and people who are prone to motion sickness have a harder time adapting.

“We know people can adapt to sea sickness through repeated exposures. After several days on a boat, they’ll start to feel better. My research team and I want to figure out to what extent people can adapt to cybersickness and whether their adaptation in one VR experience can carry over to others.”