AMES, Iowa – Iowa State University and the Ames community will mark Martin Luther King Jr. Day with lectures, a musical tribute from the Campanile’s carillon and other events in the coming weeks. 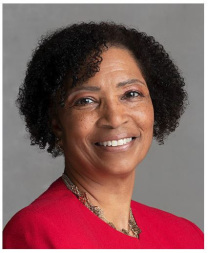 The city of Ames will join the Ames-Story County MLK Celebration Committee to honor the legacy of Martin Luther King Jr. with a hybrid celebration featuring online and in-person options on Monday, Jan. 16, at 6:30 p.m. Anita Rollins, a member of the Ames City Council with strong ISU ties, will deliver a keynote address at Ames City Auditorium that will be available virtually via Facebook Live or YouTube. Rollins managed the ISU Science Bound program for more than 20 years, helping to ensure the academic success of thousands of students of color. She has also been a science communications specialist, health educator and program director.

The winners of an essay contest for Story County high school students inspired by King’s “Letter from Birmingham Jail” will be announced during the city program, and the Ames Human Relations Commission will present its annual Humanitarian Award in honor of King's birthday. Birthday cake will be available in the Ames City Hall Gymnasium at 6 p.m. prior to the keynote address. Iowa State’s Parks Library and the ISU Office of Diversity, Equity and Inclusion are among the sponsors of the event.

The Workspace at the Memorial Union is inviting all ages to honor King with creative activities between 10 a.m. and 4 p.m. on Monday, Jan.16. These free activities include freedom quilt squares and MLK coloring pages. Free parking is available for this event in the MU ramp adjacent to the building.
There are no classes, and most university offices are closed on Jan. 16 to mark the holiday.

Iowa State’s annual MLK Jr. Legacy Series takes place on Jan. 30 at 6 p.m. in the Memorial Union Great Hall with a lecture from Bree Newsome, a contemporary civil rights leader who first garnered national attention for her daring act of peaceful disobedience in June 2015. Following the brutal murder of nine Black parishioners at Mother Emmanuel Church in Charleston, South Carolina, Newsome climbed the flagpole at the South Carolina Statehouse and pulled down the Confederate battle flag as a protest against racist symbolism. Her arrest galvanized public opinion and led to the permanent removal of the flag.

As a recognized and celebrated voice on the topics of injustice and racial discrimination, Newsome brings to light the importance of leadership development in building and sustaining social movements. Also an accomplished filmmaker and musician, Newsome skillfully outlines the relationship between activism and art, and captivates audiences as she describes in cinematic detail the heroic gestures of ordinary people on the front lines of activism.

Recipients of the 2023 Martin Luther King Jr. Advancing One Community Awards will be announced at the lecture. The awards recognize ISU students, employees and campus organizations that improve the campus climate for underrepresented groups through volunteerism, engagement, scholarship, research, teaching and program development.

Parks Library has produced an online resource guide highlighting recent books and articles about King, as well as video and multipmedia content and examples of King's writing. This guide is free and available on the library's website.