AMES, Iowa — Simon Groot has devoted his life to providing vegetable seeds to millions of smallholder farmers around the world. Groot, the 2019 World Food Prize laureate, is bringing his message to Iowa State University. 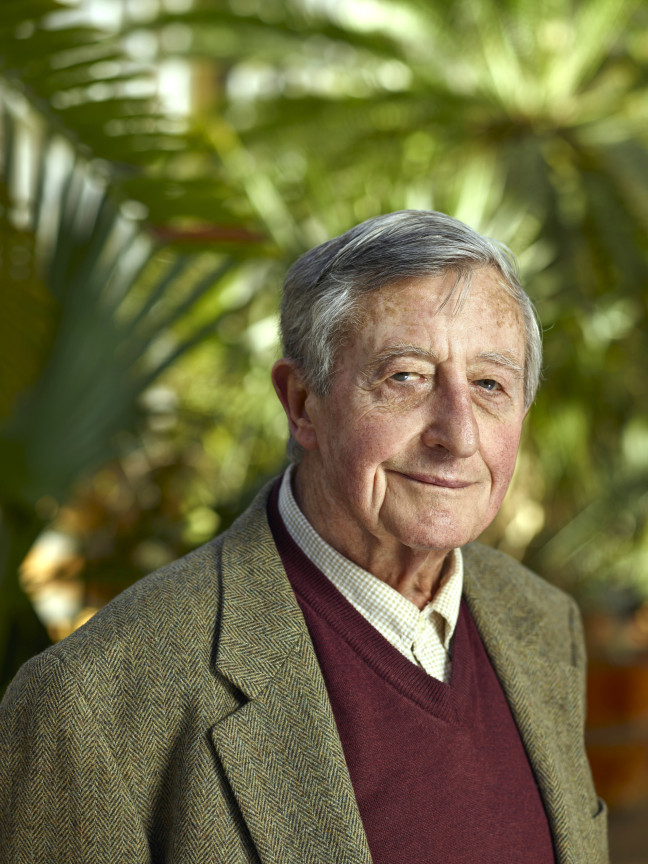 Groot will present “First: The Seed” at 8 p.m. Monday, Oct. 14, in the Memorial Union Great Hall. This event is free and open to the public.

Groot is a sixth-generation seedsman. Having observed the many challenges faced by poverty-stricken smallholder farmers in southeast Asia, in 1982 Groot founded East-West Seed, the first market-oriented vegetable seeds breeding company with smallholders as the main client base.

His company was based on the idea that a high-quality, well-adapted vegetable seed could change the lives of the poor. Over the past four decades, Groot has focused on making vegetable seeds available to more than 20 million smallholder farmers in more than 60 tropical countries throughout Asia, Africa and Latin America. These farmers are able to earn higher incomes and improve nutrition through enhanced vegetable production.

Groot’s passion for seeds began when he was a young boy in the Netherlands. During the German occupation in World War II, seeds were what saved Groot’s hometown, Enkhuizen. The town, known for its world-class seed companies, gained this distinction due to Groot’s ancestors’ work in the seed business. Enkhuizen received more lenient treatment than other areas of the country during World War II due to its importance for seed supplies.

The World Food Prize is referred to as the “Nobel Prize for food and agriculture.” It is the most prominent global award recognizing an individual who has enhanced human development and confronted hunger by improving the quality, quantity or availability of food in the world.

The annual Norman Borlaug lecture is named for the Cresco native and agronomist whose discoveries sparked the Green Revolution. Borlaug received the Nobel Peace Prize in 1970 for his international work in wheat research and production, which has saved millions of lives. He is the founder of the World Food Prize, which annually recognizes the achievements of individuals who have advanced human development by improving the quality, quantity or availability of food in the world.

A reception and the 18th annual Norman Borlaug Lectureship Poster Competition for ISU graduate and undergraduate students will precede the lecture at 7 p.m. in the Memorial Union South Ballroom. Posters will address world food issues. This event is presented by the food science and human nutrition department and the Nutritional Sciences Council.

This lecture is co-sponsored by the Nutritional Sciences Council and the Committee on Lectures, which is funded by Student Government.

This special event includes a screening of “Seeds: Diversity of Wonder,” a six-part documentary produced by the ISU Seed Science Center.

Thor Hanson – biologist, Guggenheim Fellow, Switzer Environmental Fellow and award-winning author of “The Triumph of Seeds” – is featured in the film and will be present at the screening to discuss his research and writing on the natural and human history of seeds.