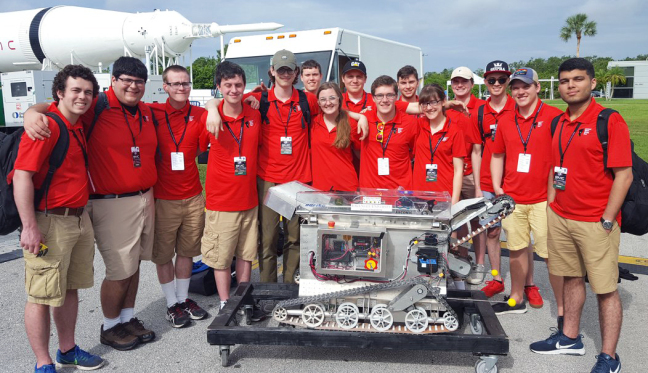 5-23-18 update: This year’s NASA Robotic Mining Competition at the Kennedy Space Center turned out to be a proof-of-concept run for Cyclone Space Mining. And, despite some disappointments in the mining arena, team leaders think their concept of a space trenching machine can be a successful one. “It’s so hard to develop a whole robot in a year and have it work perfectly,” said Will Nickoloff, a junior from North Oaks, Minnesota, who’s studying mechanical engineering and is one of the team’s mechanical project directors. “We feel like we’re on track for next year.” This time around, a loose wire disabled the right-side drive motor and left the robot immobile during its first mining run. The second mining run went much better, and did collect some gravel, but the dumping system couldn’t get the rocks up and out of the arena. But, Nickoloff said, “That robot, that layout will work. We just have to spend some more time with it.” In addition to proving its concept of deploying a trenching machine to Mars, the team also won the second-place award for its outreach efforts.

Instead of going after the dusty, gritty top layer of simulated Martian soil in a NASA arena, the space miners need their robot to dig deeper and harvest chunks of buried gravel representing subsurface Martian ice. That ice could be a potential source of oxygen, water and fuel for future space colonists.

Because that ice is so precious, the NASA organizers of this year’s Robotic Mining Competition May 14-18 at Kennedy Space Center in Florida have thrown up a bigger challenge for college students and their mining machines. The dry topsoil that’s mined, carried and dumped will no longer be weighed. It’s the simulated ice that counts. And while there’s some of that mixed into the topsoil, teams will have to dig into the hard soil to find the richest source of gravel.

“In space, NASA wants to dig deeper down,” said Will Nickoloff, a junior from North Oaks, Minnesota, who’s studying mechanical engineering and is one of the team’s mechanical project directors. “There are no longer any points for mining topsoil.”

That meant a big reboot for Cyclone Space Mining.

Gone are Ketchup and Mustard, the twin, lightweight mining machines that last year scooped up a team-record 201.1 kilograms of simulated Martian soil called regolith. Most of that was the fine topsoil.

This is a real trenching machine, said Taylor Meyer, a junior from Maple Grove, Minnesota, who’s studying mechanical engineering and is also a mechanical project director for the team. It was built with some bulk with the goal of digging about 16 inches into the hard soil.

“We went heavier this year,” Meyer said. “Most trenching systems need weight to dig down into the ground.”

Who did the student-engineers turn to for a little advice on building a trenching machine?

“Our trenching system was developed with help from engineers at Vermeer,” said Nickoloff, referring to the Pella-based manufacturer of heavy equipment, including big, yellow trenchers.

The students’ system depends on 2-inch teeth rotating around a boom that can be lowered into the soil. It’s something like a chainsaw digging into the dirt, then dragging soil and gravel up a ramp and dropping it into a collection hopper.

The students said they’re still working on a system to separate gravel and topsoil before it hits the hopper. That would eliminate the robot filling with topsoil and making extra trips to unload.

The students are also working to get some extra points by putting down their remote controls and letting Pavonis run on its own for at least part of a run.

A good showing would continue the successful legacy of Cyclone Space Mining at NASA’s annual competition. The 2013 team won the championship and the accompanying Joe Kosmo Award for Excellence. The next year, the team made the contest’s first fully autonomous mining run.

What about this year?

“I think a lot of the other teams are still aiming to mine in the top 4 inches of soil,” Meyer said. “And so I’m very optimistic.” 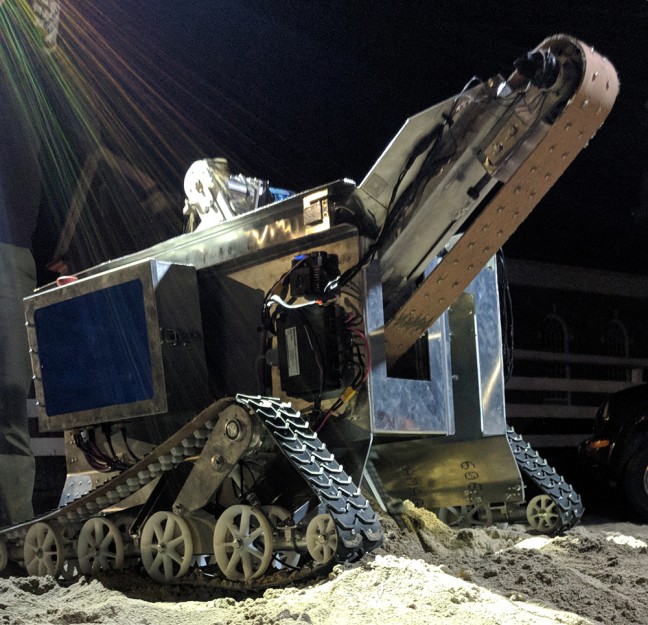 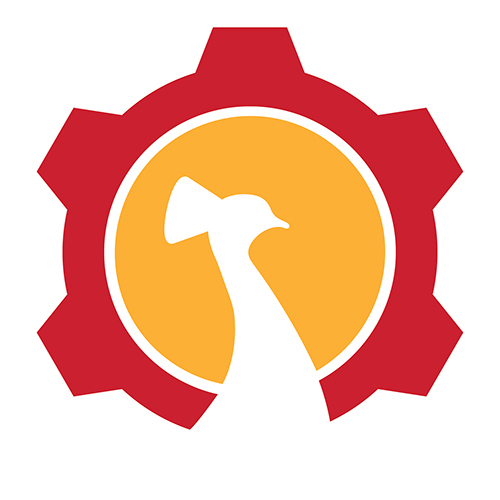 Cyclone Space Mining returns to NASA's Kennedy Space Center May 14-18 with new ideas about mining, collecting and unloading simulated Martian soil. Team members have designed and built a bigger, heftier machine with the goal of digging deeper into the hard soil so they can scoop up more of the gravel that represents subsurface Martian ice.

“In space, NASA wants to dig deeper down.”

“I think a lot of the other teams are still aiming to mine in the top 4 inches of soil. And so I’m very optimistic.”

Threatening weather at Kennedy Space Center has changed the competition's mining schedule. Cyclone Space Mining's first mining run was early on May 16. A second mining run has yet to be scheduled. News Service will post updates.

The competition will be livestreamed here.

These students are making the trip to NASA's Kennedy Space Center: