Dianne Bystrom talks about her commitment to getting women involved in politics and helping them run for elected office. Video by Dave Olson

AMES, Iowa – Running for political office in retirement is not out of the question for Dianne Bystrom. The director of the Carrie Chapman Catt Center for Women and Politics at Iowa State University has dedicated her career to supporting women in politics, and several have suggested she now follow her own advice.

“I’ve had people contact me about running, and several people have come up to me out of the blue and have said, ‘I hear you’re running for political office in Nebraska,’” Bystrom said.

Voters will not see her name on any ballot this fall. A decision to run will likely depend on timing, which has guided Bystrom throughout her career. She attributes her success in building a nationally recognized center for women and politics to knowing the right time to push a new initiative and recognizing when it was necessary to refocus the center’s outreach and mission.

In fact, Bystrom’s decision to come to Iowa State was all about timing. The Catt Center was in its infancy when she took over as director in 1996. Having just completed her Ph.D. while working in various roles at the University of Oklahoma, Bystrom felt it was time for a new challenge. Leading the then four-year-old center would give her that challenge, as well as an opportunity to make an impact.

“I’ve always wanted to build something. I felt strongly that to build the center, it needed to be nonpartisan and plugged in to research. I also wanted it to have a direct impact on students and the citizens of Iowa,” Bystrom said. “I was given a lot of freedom and a clean slate to mold the future of the Catt Center.”

That freedom and clean slate came with a caveat, though – Bystrom’s top priority was to raise money to support the center. Bystrom admits she did not have much fundraising experience when she started, so she relied on confidence and enthusiasm in those initial donor meetings. As she gained experience, she also found it paid to be persistent, yet patient.

“Once I’m committed to an idea I’m really enthusiastic,” she said. “Many times donors would sense that enthusiasm and it was contagious. But if my idea didn’t move forward the first time, I didn’t give up on it. I always tried to be strategic and find the right opportunities.”

Securing a $150,000 gift to create the Archives of Women’s Political Communication is one example. Bystrom knew the archive – an idea she first pitched during her interview – would be a valuable online resource and strengthen the Catt Center’s reputation for research. However, other priorities and budget cuts meant waiting 10 years to make it a reality. The ever-growing archive now has more than 2,800 speeches and 1,770 political ads from more than 500 current and historical women political leaders around the world.

Bystrom says she learned an important lesson after her first round of budget cuts as director. Recognizing that the Catt Center was a valued, but not critical university service, she knew it was vital to build and maintain a foundation of donor support for programs such as the Mary Louise Smith lecture in women and politics, Ready to Run® Iowa, Catt Prize for Research on Women and Politics, the Women in Iowa Politics Database, Gender Balance Project and Legacy of Heroines and Stanley Global Leaders scholarships. In 22 years as director, Bystrom has raised more than $2 million in endowment funds for scholarships, research, teaching and outreach, as well as another $2 million in annual funds for various programs.

“Today, we’re less vulnerable to state budget cuts. The Catt Center is an added value to Iowa State and all of our programs are funded by donors,” Bystrom said. “Iowa State donors are very generous.” 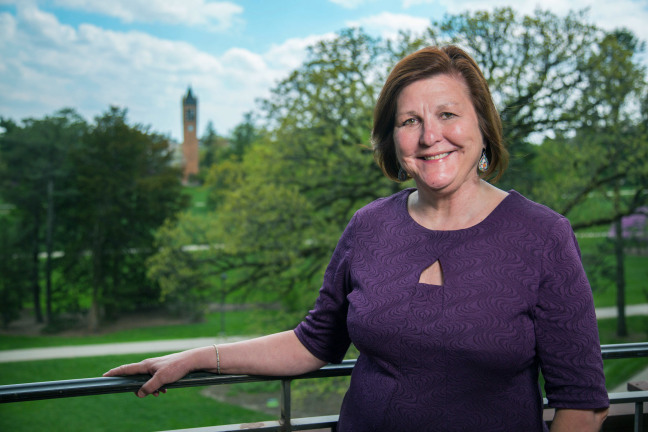 Dianne Bystrom on the balcony of Catt Hall on the Iowa State campus. Photo by Christopher Gannon

Hope for a woman president

The political landscape has changed dramatically during Bystrom’s career, yet in some ways, change has not come quickly enough. Bystrom is proud more women are running for elected office, particularly those she has met through Ready to Run® Iowa. The nonpartisan campaign-training program has helped hundreds of women and men launch their campaigns or become involved in public life.

However, she sees many similarities between the issues fueling this latest surge and Anita Hill’s allegations of sexual harassment by Supreme Court nominee Clarence Thomas, which motivated a record number of women to run for office in 1992. While it is positive to see women getting more involved in response to the #MeToo and #TimesUp movements, Bystrom says it is a stark reminder that gender inequality still exists.

Bystrom also had hoped to see a woman elected president during her time at the Catt Center. She was encouraged when Elizabeth Dole ran for the Republican presidential nomination in the 2000 election. When Hillary Clinton won the Democratic nomination 16 years later, Bystrom was confident the time had finally come. She even delayed her retirement until after the election.

“I am disappointed,” Bystrom said. “I just celebrated my 65th birthday and I think, ‘Gosh, I hope there’s a woman president in my lifetime.’”

That disappointment may be the fuel that keeps Bystrom championing women candidates even after she retires. She plans to move to her home state of Nebraska, likely help with some campaigns, work on consulting projects and continue her research on women and politics while contemplating her political future. It is clear that politics and women’s issues have always been more than just a career for Bystrom.

“I was raised in a very political family and we would talk about politics at the dinner table. My parents thought it was important to talk about current events in a respectful manner,” she said. “Throughout my career, I’ve considered myself to be an independent thinker when it comes to politics.” 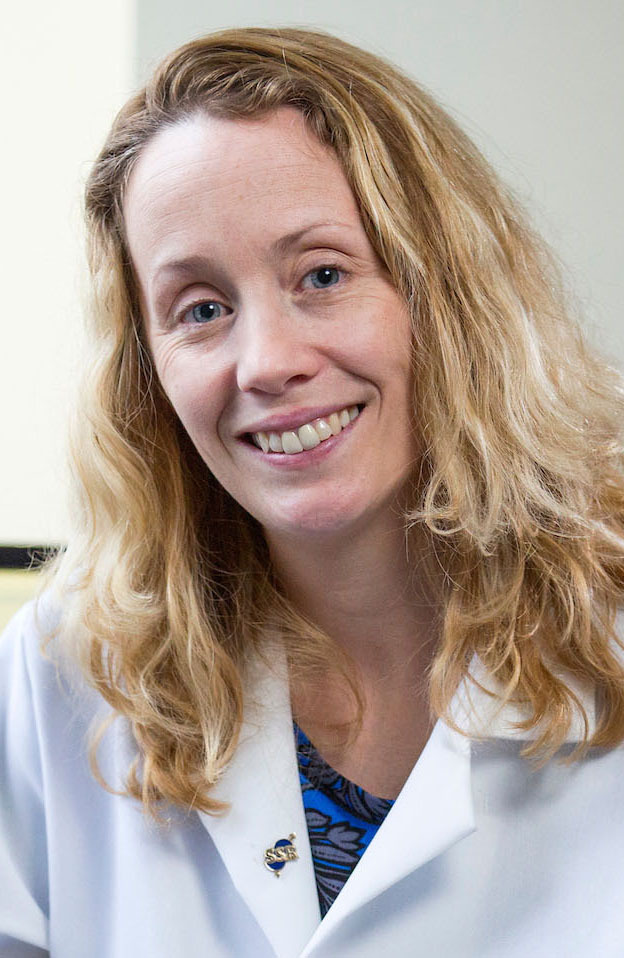