As 2021 comes to an end, the Iowa State University News Service team is looking back and sharing some of its favorite and more popular stories of the year. Click on each headline to read the full story.

An unusual request of a teacher

Alan Constant says it was, "possibly the strangest conversation I've ever had in my life." But the Iowa State instructor says the conversation with one of his students led to one of the greatest honors he's ever received as a teacher.

Seven years and 80,000 people later, Iowa State University’s design and STEM outreach program FLEx is expanding its reach even more to include undergraduate student role models who are traveling the state to inspire Iowa's K-12 youth.

Not everyone responds to vaccines in identical ways, which is why Iowa State researchers are searching for ways humans can adjust their microbiomes to optimize vaccine response.

Nigel Reuel and a team of his students have developed technology that helps laboratories use cell factories to produce cell- and protein-based therapies, industrial enzymes and small molecules.

Despite growing momentum for diversity and inclusion initiatives, several barriers still exist. To implement meaningful change, a team of researchers says a holistic and systematic approach is needed to ensure everyone is working from the same playbook.

An unexpected discovery by an Iowa State University researcher suggests that the first humans may have arrived in North America more than 30,000 years ago – nearly 20,000 years earlier than originally thought.

To give students hands-on experience in disaster response, a campus apartment turned into a simulated disaster area. Students had to assess, triage and treat the wounded.

Regional climate forecast troubling, but there is hope

Iowa State's William Gutowski is one of 15 lead authors of a 228-page chapter within the latest report by the Intergovernmental Panel on Climate Change. The report provides an unprecedented look at regional climate data, including fact sheets and an interactive, online atlas.

Researchers evaluated 17.5 million possible strategies the CDC could have recommended for COVID-19 vaccine rollouts. While the researchers generally validate the CDC’s plan, they did highlight some improvements, which could inform future vaccination strategies.

Researchers took their studies of wind-turbine icing out of the lab and into the field to learn how and where ice accumulates on rotating blades. They learned ice on the blades can reduce power production by up to 80%. The field study also validated experimental findings, theories and predictions.

How do you plan a mass vaccination clinic? ISU students are working on it

This spring, students in an undergraduate research program started studying what was then an abstract idea: designing a mass vaccination clinic. They then assisted with ISU's clinics on campus.

National recognition for supporting innovation, entrepreneurship across the state 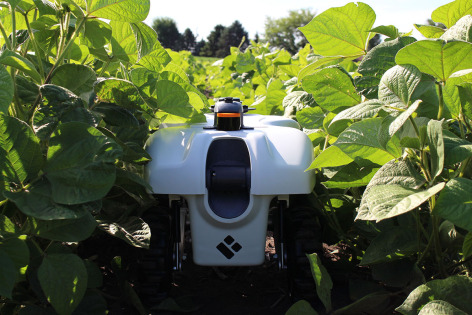 Iowa State has one of the largest campus public art programs in the country with more than 30,000 pieces and 25 custom murals. This fall, a Detroit-based outdoor mural artist known for her floral paintings created the latest mural live on campus.