Iowa State University's first green roof atop the College of Design's new King Pavilion already is hard at work, reducing stormwater runoff, moderating the building's temperature and converting carbon dioxide to oxygen. The roof is one of several green components in the $6.6 million addition that will provide much-needed instructional studio space for design students beginning the first day of classes, Monday, Aug. 24. The building will be dedicated the same day during a ceremony in the college at 5:15 p.m. A reception and tours will follow.
News release

Tahira Hira, an Iowa State professor of personal finance and consumer economics in the Department of Human Development and Family Studies, would like to see fewer college students experience financial distress. She offers them some no-nonsense tips to help them manage their money better.

Tour the solar house designed and built by ISU students on Aug. 29

After 18 months of hard work, Iowa State University's Solar Decathletes are ready to show off their achievement: the solar-powered Interlock House, which they designed and built for the U.S. Department of Energy's Solar Decathlon in Washington, D.C., in October. The team will host an open house for the public from 2 to 5 p.m. Saturday, Aug. 29 at 1220 Southern Hills Drive. The event is free and open to the public.
News release. 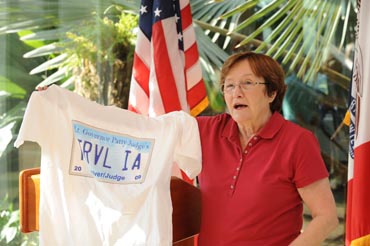