Iowa State is among four institutions on the team selected for a $29.5 million, three-year project to sequence the corn genome, the most complex genome to be sequenced to date. 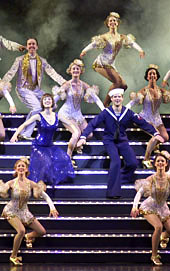 With features galore, is your fancy cell phone becoming more and more like your PC? Michael Bugeja, director of ISU's Greenlee School of Journalism and Communication, has researched how seemingly helpful technology can contribute to social isolation. "As cell phones become more complex, with added accessories and functions, we will be communicating less and watching videos or gaming more," Bugeja says. "Cell phone users with access to streaming videos will be spotted in public places, like zoos or parks, holding their devices and watching music videos, oblivious to life passing them by, alone in self-imposed virtual isolation booths."