Postcard from Campus: May Flowers 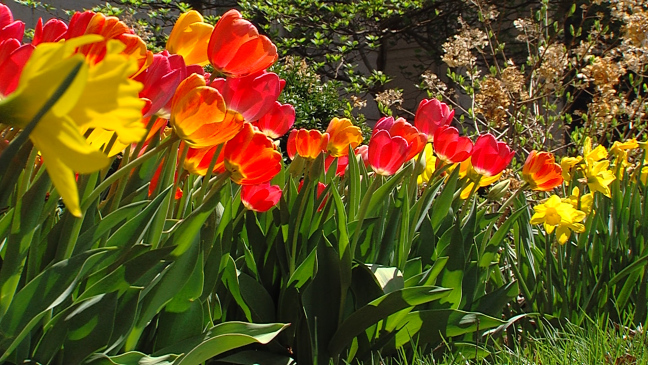 As the semester winds down, students at Iowa State have been able to get outside and enjoy the beautiful campus.

Iowa State's James McCalley explains how significantly expanding the connections between the country's eastern and western power grids could allow wind power from the Midwest and solar power from the Southwest to move back and forth across the country. Click the bottom "Listen" bar.

Will residents come back to flooded communities?

The largest population of monarch butterflies in over a decade -- some 225 million adult monarchs -- could be headed to Iowa later this spring, according to Iowa State University researchers. Monarch butterflies covered almost 15 acres of forest canopy in Mexico last winter and are on the move north. "What we want to do is build our habitat bank, if you will, in Iowa, up to the point that we can maintain those high numbers of monarchs," says Professor Steve Bradbury.

Improving the standards of forensic evidence in court

Iowa State's Alicia Carriquiry tells Iowa Public Radio's "River to River" show about the Center for Statistics and Applications in Forensic Evidence and its efforts to back forensic evidence with statistics.

Here’s what saved the Notre Dame Cathedral from total destruction