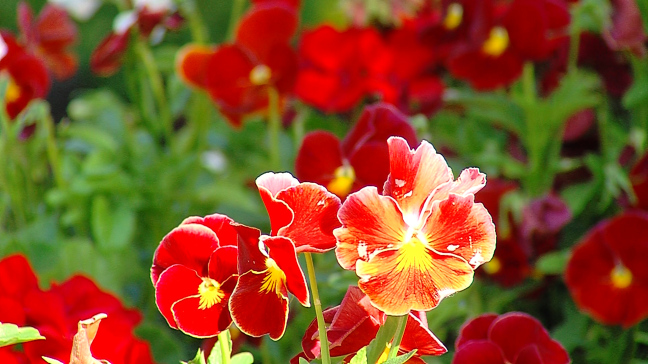 As the temperatures rise, Iowa State's campus becomes overrun with flowers and color.

A new critique of grit

Grit is front and center on the national education agenda, and some schools are trying to teach it, but ISU Assistant Professor Marcus Crede says "grit is far less important than has commonly been assumed and claimed. And it doesn't tell us anything that we don't already know." His research study, "Much Ado about Grit: A Meta-Analytic Synthesis of the Grit Literature," will be published in a forthcoming issue of the Journal of Personality and Social Psychology.

Iowa State students are growing about 40 different fruits, vegetables and herbs on their organic farm this season, providing produce for the local community. Students from various majors are finding a passion for the physical work and satisfaction of growing food.