Iowa State students are busy preparing to race the university's tenth solar-powered car. They'll attempt to prove and qualify their car during the June 12-18 Formula Sun Grand Prix in Texas. If that goes well, they'll enter the June 19-26 American Solar Challenge, a race from Tulsa, Okla., to Chicago.

Iowa State University's Power Pullers team will participate in an annual tractor pull competition June 5 and 6 in Peoria, Ill., sponsored by the American Society of Agricultural and Biological Engineers. Thirty teams from the United States and Canada are scheduled to compete. This year's tractor, "CydeWinder," has been completely redesigned in hopes of improving on last year's fourth-place finish. 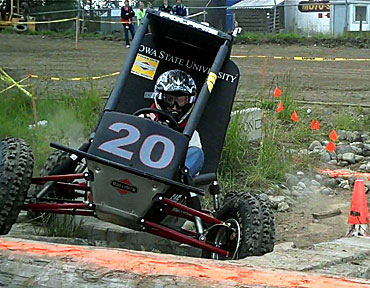