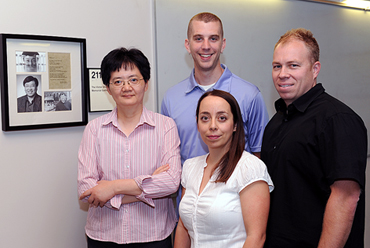 The music department's summer carillon concert series returns to campus this year in its biennial rotation. Guest carillonneurs will visit campus, once a month, from May through August, beginning this Tuesday, May 29, at 7 p.m.

Ralph E. Reynolds will become the inaugural director of the School of Education in Iowa State's College of Human Sciences on July 1. Reynolds has served as professor and chair of the department of educational psychology at the University of Nevada-Las Vegas since 2000. A higher education administrator for more than 20 years, Reynolds has led two university education programs to national prominence.

The Gazette
Iowa State University economist Ken Stone made headlines in 1988 when he released the first academic study on Walmart's economic impact on small communities. Twenty-five years later, the professor emeritus has co-authored a new ISU study that could make another splash, but for different reasons.
Also see: Radio Iowa